How to Build Unity in Your Team on Three Critical Levels 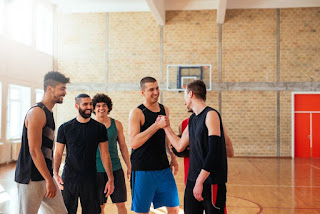 They are the most exceptional basketball team there ever was, or ever will be.


The 1992 Olympic Basketball Dream Team, made up of legends like Michael Jordan, Magic Johnson, and Scottie Pippen, dominated the Olympics, winning by an average of 40 points each game. The team seemed invincible, except for the day it wasn't.


The game was a 20-minute scrimmage, which took place in June of 1992, in San Diego, California. The shocked victors were a star-studded college line-up. The reported margin was around eight points, with a final score of 62-54 (though coach Chuck Daly cleared the scoreboard before media were allowed in afterward). How could a powerhouse lose to amateurs? The answer was simple. Individual stars could not work together as a team. The talent was not enough to compensate for the lack of unity in the team.


Without a unified team, the mission of your organization is lost.


Unity refers to the synergy of individuals working together to make a larger vision happen. This means each contributor to the team must be wholeheartedly focused on the same outcome to create consistency and achieve success.


What builds unity in business settings?


Generally, if people trust their leader and believe they have a voice at the table, they feel aligned with the greater purpose of an organization.


But the responsibility for building alignment lies with the leader, and includes three levels of unity:


Most companies already have this first (and lowest) level of unity, appointing a formal leader with team members who agree on this hierarchy.


At this level, people go along with the status quo because if they happen to object, they perceive the cost of speaking up as too great.


At this level of unity, people agree with a team's direction and generally support it.


Unfortunately, they are not necessarily invested in the leader's ideas or committed to making them happen. While leaders may not experience outright resistance, at this level, teams lack momentum and can't seem to make things happen.


Here leaders find that people are not just with them, but fully behind them.


They're committed to making the shared vision a reality and give tremendous effort to making it happen. They voice support in public and aren't afraid to share concerns in private.


What happens if your team is stuck at level one or two? Leaders can take several steps to build unity in practical ways:


Be brave in your communication, and you will cut to the core of disunity in your team. Remember, people can't authentically buy-in until they've voluntarily committed first.