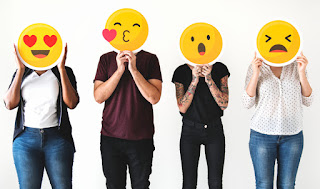 Cassell's Hamburgers is something of a Cinderella story.


Founder Al Cassell launched the iconic lunch counter in Los Angeles in 1948. Famous for grinding beef daily, Al's passion for great burgers and homemade mayonnaise lived for years. But by 2012, struggling owners decided to sell off Cassell's rights, recipes, and equipment. It seems there was no magic touch that could save this beauty.


Jingbo Lou had other ideas.


As a Chinese exchange student, Lou came to the U.S. to study at the University of Southern California and developed a passion for architectural restoration that grew out curiosity for American culture:


"As an immigrant to this country, my very big task is to learn the culture," Lou says. "I really fell in love with the history."


J Lou put this love to work bringing Cassell's back to life in a salvaged, crumbling 1920s inn called the Hotel Normandie. J Lou recognized a hotel/restaurant combo was a chance to cater to the nostalgia of many Californians.


And he was spot on.


Since Cassell's reopening in 2014, the business has topped many "best of" lists and expanded into Downtown LA and a LAX location in Terminal 1.


Why such phenomenal success? Because emotions sell.


While you may believe your decisions are rational, most choices are actually controlled by your intuitive (emotional) mind. Studies show that people rely on the heart, rather than on logic, to make decisions. Douglass Van Praet, author of Unconscious Branding: How Neuroscience Can Empower (and Inspire) Marketing, says this:


"The most startling truth is we don't even think our way to logical solutions. We feel our way to reason. Emotions are the substrate, the base layer of neural circuitry underpinning even rational deliberation. Emotions don't hinder decisions. They constitute the foundation on which they're made!"


Brands put emotional marketing in play by focusing more on the needs and passions of customers instead of on the unique product benefits their products bring.


For example, Pampers exalts healthy, well-rested infants instead of dry baby bottoms. Nike inspires people to overcome limitations instead of highlighting superior shoe quality. Harley sells people freedom without limits rather than offering a mode of transportation. And Cassell's Hamburgers offers people a return to simpler days, including original chairs, tables, signage, and original menus hanging on the wall.


Want to enhance the emotional message your brand brings? Brand marketers suggest starting with steps like these:

Create stories that allow your company to be part of people's lives and appeal to every aspect of your customers' personalities: their ego, needs, dreams, or general emotional state.


These connections can happen through music, artworks, logos, signage, slogans, sport, or anything that really 'speaks to your customers.


Above all, emotional branding seeks to build lifelong partnerships between a business and its customers. Once someone is emotionally captured by a brand, they are more likely to stay loyal for decades. 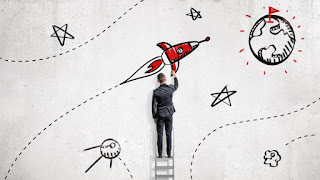 Even the most brilliant creators need new fuel from time to time.


If you're feeling stifled or uninspired (or you just want to have fun!) consider some of these creative "sparks" from designer Jim Krause to ignite fresh perspective in your monthly routine.


Exercise: Make a puddle of ink. Blow the ink around using a straw. Consider layering different colors of ink and using different kinds of paper. To mix things up, repeat this exercise but start the puddle of ink on an existing picture—a landscape, a silhouette, a cultural icon.


Takeaway: Creating things that create themselves reminds us that art is fun and beauty can arise from unexpected places.


Exercise: Choose a subject and create 25 thumbnail icons that depict its message and its meaning. If that's too easy, try 50 or 100. Start with basic sketches and transition into graphic design or photos. Consider different line weights, shaded and filled areas, or combinations of geometric shapes.


Takeaway: Forcing yourself to sketch the same thing in different ways can build and broaden your artistic muscle. The next time you work on a concept, fill a full page with icon sketch versions of it before you settle on your design of choice.


Exercise: When was the last time you took out a paintbrush? Still-life portraits are a tangible way to sharpen your skills, especially when you combine objects of various shapes and textures in interesting arrangements (think eggs in a bowl surrounded by glass spice bottles on a bustled cloth napkin).


Takeaway: Still-life paintings are like eating your carrots: they're good for you and increase your appreciation of texture. Painting helps you learn to see forms and colors, which makes you a more effective artist in any field.


Exercise: Begin with a blank piece of paper. Make a mark using the media of your choice (India ink, acrylic paint, and toothbrush, sketching pencils, chalk). The next mark you make will be a reaction to the first mark. This can be a new mark, a line, shading, fillers, or finishes. The goal here is not to "plan" what you're going to draw but to practice progressive art by following one element to another (like a group of people taking turns adding sentences to a narrative). Your goal is not to create a thing of beauty, but simply to flow. If the results are pleasing, that's fine. If not, that' s ok too.


Takeaway: This exercise teaches the artist to rely on instinct: to react or flow rather than to plan and control. The best art can be born out of spontaneity.


Creating is like breathing: it brings energy and life! If you only create what you're "told" to do, you will stagnate. Tend your roots by cultivating the passions and interests that nourish your artistic core. As you pursue creative expressions outside your job or career, originality will flow in your profession as well.


Now that your designs are really singing, find high impact print options that won't shock your budget. Want to talk cost-effective wow factors like thermography, high shine coatings, or alternative bleed options? Give us a call! 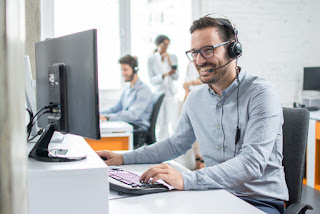 
In a fiercely competitive market, T-Mobile knows one of its most crucial responsibilities is to bring pleasurable customer support to the millions who call their helpline each month. While traditionally its call service center resembled a factory floor (cubicles brimming with reps donning headsets), T-Mobile has dedicated the past decade to reinventing its service sector.


Today when you enter a T-Mobile contact center, you'll find reps sitting together in shared pods as they collaborate to solve customer issues as a "Team of Experts," or TEX. TEX teams include cross-functional groups of 47 people who serve named customer accounts in a specific market. Each team has a point leader, four coaches, and eight technology specialists. Customers no longer wade through a "call tree" but have immediate access to a dedicated, reliable team. Teams are so connected to their service region that they follow the daily news in this area and decorate their pods accordingly (like a Lego replica of the Golden Gate bridge).


"We're constantly talking about what's happening there," said a senior rep whose team serves San Diego. "I've never been to San Diego, but I know what's going on in the local news, where the best place is for fish tacos, and what the surf report looks like for the next few days."


Now a team in Chattanooga is responsible for 120,000 customers in Detroit, and a Charleston team responds to suburban Philadelphia. This collaboration allows each service team to operate like a small business, with members laboring together to increase performance. As a result, employee turnover has decreased by 48%. T-Mobile now boasts its lowest "cost to serve" ratio in company history (down 13% since 2016) and has been ranked the number one wireless company for service by Nielsen for the past 24 months.


Together Everyone Achieves More


Does your team have a sense of enthusiasm or shared DNA that brings measurable results? T-Mobile started with four questions:


Embracing a team-service focus brings your clients more effective answers. Reps develop more authentic relationships with clients, which means they can improve their everyday service functions. And this ultimately enhances the product or service you offer. A superior output prompts higher customer loyalty, increased sales, and better word-of-mouth for your business.


Teams can't move fluidly until everyone knows what the "win" is.


Create a Sense of Belonging


While T-Mobile's traditional customer-service managers only measured individual performance, today compensation is variably weighted according to both individual and team performance.


Teams use collaboration software to resolve calls and alert each other of escalating issues (like regional power outages). From this ownership mindset to a wholesale transformation of the factory floor, customer care vice president Callie Field says team unity has empowered everyone to do more:


"If all you ask people to do is bring down their handle time, they can do that. But if you empower them to do more—to think like a small-business owner who is focused on the customer's happiness and the strategic management of their P&L—they can do that too. And they'll do it really well if you give them the tools and get out of their way."

Etiquette Training for a New Generation 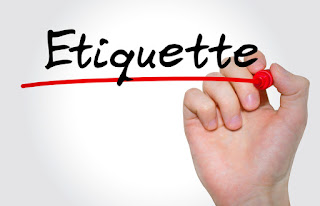 Johnny Oleksinski of the New York Post has a bone to pick with millennials and their bad manners. Consider one technology-related example:


"Last week I watched in horror as a 20-something girl carefully snapped a photo of a basket of onions," said Oleksinski. "But we weren't at a serene farm or the Marché d'Aligre in Paris — we were crammed into the Columbus Circle Whole Foods. Thousands of customers were streaming through the aisle trying to grab some garlic for their dinners, and Little Miss Annie Leibovitz was blocking traffic to get some artsy snaps of nightshades. Will she print out these photos? Nope. A pile of white spheres under fluorescent light is even too dull for Instagram. Next time, Annie, take a breath and think about where you are . . . Pay for your brie wrap and vamoose."


Etiquette is Part of Your Brand


Oleksinski isn't alone. Modern professionals are finding a suffocating relationship with technology has left them oblivious to social basics their elders took for granted.


Presentation, both personal and professional, is a key to showing who you are. And etiquette training of all kinds is making a resurgence for millennials.


"Etiquette is so much a part of your brand," said Rachel Isgar, a Phoenix-based etiquette coach and author. "Just a few improvements can help your career."


People respond to people, and poor manners may mean a hindered partnership, a missed promotion, or a collapsed deal. Companies like Beaumont Etiquette, which runs a marquee "finishing program" in the Plaza Hotel of Manhattan, have recognized a unique need for social training in the modern generation.


For $125, a participant can take part in a two-hour group session that teaches courtesy gestures, personal hygiene, and a range of soft skills conducive to successful socializing.


"Even if it was not something you were taught as a child, anyone can learn to have good etiquette, and it's up to you to teach yourself," founder Myka Meiers said. "I think, sadly, people become very self-involved . . . and forget about others. What I wish these people could learn is that by spending just a little time each day making someone else happy and spreading kindness, even the smallest gesture, their lives could be so much more fulfilled."


"If you don't want your grandmother or your boss to read it, don't post it," Meiers said. "Once it's on the web, it's out there for good."


Want to curb your own bad behavior? Consider ten smartphone tips for starters:


Daniel Post-Senning, co-author of the 19th edition of "Emily Post's Etiquette: Manners for Today," says ultimately good manners are about putting others first, whether that's online or at a dinner party. While social customs change, manners are timeless: