3 Common Management Traps (and How to Counteract Them) 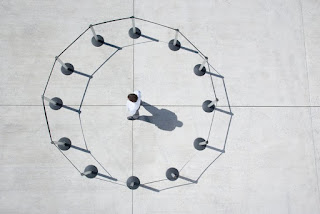 Are you looking to be more proactive in your influence?


Here are three common management traps, with practical keys for addressing them.


1. Avoiding a Problem or Tense Relationship


(Instead: Nip things in the bud)


While most people avoid confrontation like the plague, effective managers deal with negative attitudes or relationships as soon as they appear. While it's important to give people the benefit of the doubt, issues rarely resolve themselves. The longer you delay correction, the more difficult it becomes.


Stuck on where to start?


When offering correction, be specific. Say something like, "the report you submitted was vague, lacking financial data, and contained several errors. Please give it another pass and plan to give more attention to your first drafts in the future."


When confronting team members, focus on a specific behavior, rather than the person or their intentions. For example, "your jokes were distracting and disrespectful to the person presenting the report."


Before speaking, check your motives. Do you honestly want to help people improve? If so, describe actions or behavior the individual can do something about, and offer tools or training to support them.


(Instead: Use decision-making timelines)


Many times, people postpone decisions for fear of failing or making a poor choice.


But most failure stems from inaction, not from mistakes made in the process. And the decision not to act is often the most costly choice of all.


When you struggle with passivity, don't keep kicking a pain point down the road. Instead, give yourself a time frame to research options and set a deadline for making a choice. Putting "deliberation dates" on the calendar transforms possibilities into reality.


(Instead: Start small and consider a mindset change)


The biggest problem most leaders face is the inability to let go of their work.


Are you micromanaging or failing to release projects someone else could handle? If so, you may be the ceiling that prevents your organization from growth.


How can you start delegating when it is painful to do so? Experts suggest starting small (with basic tasks) and gradually working your way up. Improve trust by partnering with someone to do a task together the first time. Or schedule checkpoints to review work done by your team.


Delegation can also begin with a mindset change, illustrated in this example:


When Anika realized she had become a bottleneck for her organization, she had to redefine her core responsibilities. Previously, her mandate looked like this: "I'm the one in charge of getting the job done." This "doer" mindset consumed her time and lowered her leadership ceiling.


As Anika considered her obligation to delegate, she redefined her leadership mandate to being "involved but not essential." The result looked like this: "I lead people, priorities, and projects – in that order – and the work gets done because the right people are focused on the right tasks."


With a refreshed vision, Anika could review her calendar, count the hours she devoted to "doing" versus leading or empowering, and identify mismatches where she was spending too much time on low-grade priorities. Within months, Anika streamlined work, expanded her influence, and multiplied her leadership.


While individual management mistakes are not catastrophic, over time, they can have a crippling effect.


Be intentional about addressing these areas, and you can improve team productivity, morale, and competitiveness in your field.