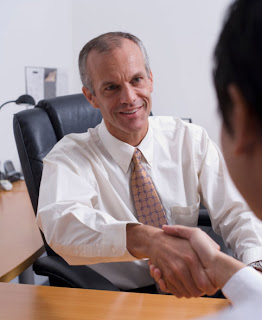 There was once a man named Charlie who sold insurance for a living. Charlie was a salt-of-the-earth kind of guy who enjoyed what he did. Charlie had a friend named Steve. Steve was in his late thirties and happily married, with a wife and two kids.

Charlie and Steve would play the occasional round of golf with some friends. Charlie would tell Steve about the importance of having life insurance for someone in his situation, but without being pushy.

Steve had his reasons for not buying at the time and would always put it off. Charlie, being the good, persistent salesman that he was, would bring up the topic regularly without being annoying.

One morning while Steve was at work, a colleague who was about the same age, with two kids and in seemingly good health, had a sudden, unexpected heart attack and was taken by ambulance to the hospital.

Guess who Steve called that very afternoon to get the paperwork started for the life insurance policy he had been putting off for years?

What's the moral of our story as it pertains to your business? You can have the greatest product, the best service, and a great price, yet some of your prospects will still not buy. The reasons are many, and some are a mystery that you won't be able to solve right away.

While you're scratching your head trying to find those answers, your real job is to continually market your services by educating your target audience about what you can do to help them achieve their objectives. Why? Because one day soon, your prospect will be ready to buy, and she will remember the persistent, but pleasant person who has been looking out for her best interest all along.

Charlie knew that secret, and now you do, too.
Posted by Mike at 1:40 PM