How to Use Normalization to Change Behavior 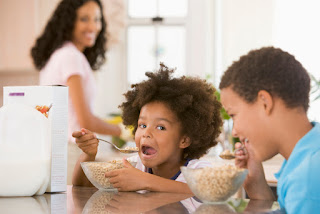 If you grew up in the early eighties, you’re probably familiar with the “Mikey likes it” Life cereal campaign.

This capstone commercial centered on three young brothers eating breakfast. Before them sits a heaping bowl of Life. Two brothers question each other about it, noting that it is supposed to be healthy. Neither has any desire to taste it (“I’m not gonna try it—you try it”), so they test it on their brother (“Let’s get Mikey . . . he won’t eat it, he hates everything!”).

Mikey briefly stares at the bowl, then starts devouring the cereal, as his brothers excitedly exclaim, “He likes it!”

If you are a professional marketer, your job exists to do one key thing: to make change happen.

Finding an agent to trigger change – like Mikey demonstrating healthy cereal is delicious – is the key to persuasion. But this can be harder than it sounds because all people act in accordance with their internal narrative. You can’t get someone to do what they don’t want to do! And most of the time, the action a person takes is one that reinforces their internal narrative.

In sales, your fundamental goal is to tap into someone’s internal narrative and strategically shape it. Some people have a narrative that makes them open to changing their behavior (e.g., Martin Lloyd votes for various individual candidates, not a specific political party), while others are very resistant.

But for most people, behavior change is driven by a desire to fit in (people like us do things like this) and perception of status (affiliation or dominance). People don’t make decisions in a vacuum – instead, they base them on the perceptions of their cohort.

So marketers can prompt change by normalizing new behaviors among a specific cohort of people. In the “people like us do ____” paradigm, the “us” matters. The more specific you can be about who “us” is, the better.

1. Map and understand the worldview of the cohort you seek to change.

2. Focus all your energy on this group. Ignore everyone outside this persona and build stories that will resonate with your target (soccer moms, granola hippies, techie teens, etc.).

3. Within this subculture, build an exclusive cohort. Exclusive is an internal measure (us versus them, insiders versus outsiders) that members resonate with. Exclusive organizations thrive when members are clearly identified, and inclusion is perceived as valuable or beneficial. People love to belong and to gain status as they link up with others “like us.” And when you market to “we” or “us” cohorts, your message carries much greater weight.

Ready to see normalization in action? Here’s one example from marketer Seth Godin:

My little town had a problem. Despite having extraordinary schools (our elementary school won the national Blue Ribbon School designation), there was a schism over the upcoming budget vote. Many were upset about rising school taxes and, for the first time in memory, the first school budget failed.

Before the final budget vote, school proponents stopped trying to defend budget numbers and took a new tack: they tied one hundred blue ribbons to a big tree in front of the middle school in the center of town. Within days, the idea spread. In the week before the election, dozens of trees around town had blue ribbons hanging from them. Thousands of blue ribbons hung by dozens of families.

The message was simple – “people like us, people in this Blue Ribbon district, support our schools.”

The budget passed two to one.

When you target the smallest viable market, you maximize your chance of changing behavior. This subset of people, enriched and connected by the change you promote, can then organically share the word with the next layer of the market.