How to Lead with a Level Head in Stressful Situations 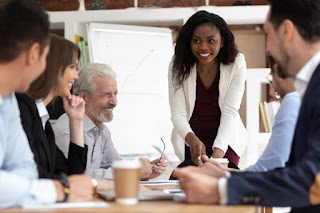 On January 15, 2009, US Airways flight 1549 ascended from LaGuardia Airport and had a chance encounter with an unexpected adversary.

Shortly after take-off, the Airbus struck a flock of Canadian geese. Flames exploded before an eerie silence, and an odor of fuel filled the cabin. Both engines had shut down, and Captain Chesley Sullenberger and his team tried unsuccessfully to restart them. After turning back toward LaGuardia, the pilots quickly realized their only option was an emergency water landing in the Hudson River.

As they passed less than 900 feet above the George Washington Bride, Sullenberger radioed the coast guard for assistance and barked “brace for impact!” Ninety seconds later, the plane crashed into the water with no bounce, followed by a gradual deceleration and a speedy deboarding. All 150 passengers were saved, and Sullenberger was the last to deplane after walking the cabin twice to ensure it was empty.

Later, the crew was presented with “keys to the city” by mayor Micheal Bloomberg, and the incident was dubbed “the miracle on the Hudson.”

Four Tips to Steady Your Nerve

Have you ever had a “falling-through-the-floor feeling” moment like this in your leadership?

Maybe it wasn’t a life or death experience, but most seasoned leaders regularly experience pressure. While these moments may tempt you to lash out in anger or duck and run, level-headed leaders make decisions that are rational, consistent, and upbeat.

Want to stay calm in the heat of the moment? Here are four steps to consider:

When the alarm signals start to flash, it’s easy to go down a rabbit hole of “what if” statements: What if X? What if XYZ?

Instead, step away from this panic-mode mentality and ask a simple question: “what kind of problem is this?” Here you can discern if something needs an immediate reaction, a team-based response, or a strategic, long-term plan.

While you may not have faced this particular challenge before, you’ve probably been in a similar situation.

Ask yourself, “When ____ happened before, how did we resolve it?” Even if you’ve only faced this scenario in training, tell yourself, “this is just a different version of a problem I’ve solved before.” Leveraging past experiences (and those of your close colleagues) can help you size up a challenge and rationally consider the threats at hand.

3. Focus on What You Can Control

When things get tough, it isn’t easy to stay positive.

But an upbeat attitude is more than a rosy perspective; it’s actually a lifeline to breakthrough. One Navy-trained explosive specialist shared a story of a time he was defusing a mine underwater and got trapped, unable to move his hands or his feet.

How did he move forward? With positive thinking: “I’m still breathing, so that’s good,” he told himself. “What else do I have that’s going for me?”

The specialist realized that even if he could do one little thing to make something better, this was better than no control at all:

“If you can do another thing and then another thing, then you can have cascading positivity as opposed to spiraling negativity,” he said. “It’s really only an emergency if I can’t find a better solution.”

4. Plan Your Next Step

Even if you can’t see a way out, you can probably take one step forward.

When you don’t have a solution, the secret to staying calm is to decide on a next step. This prevents an anxious gap from opening, where worry and speculation can flourish.

Think in technical terms, ask for help, and take a baby step forward wherever possible. Focus on the process, not the outcome, and you’ll stay sharp in moments of crisis.