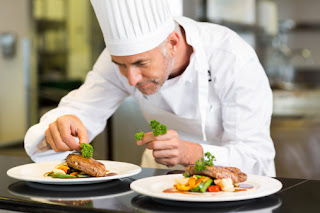 In a town with lots of industries and choices of careers, three brothers grew up and began to pursue their paths in work. Based on their father's wisdom and teachings, they all decided they wanted to work in a field that would eventually let them start their own businesses. The oldest became a lawyer. The middle brother became an accountant. The youngest brother, however, didn't want to be an office professional but, instead, enjoyed food, so he became a cook. All three left home, set off to pursue their goals, and wished each other the best.

The Lawyer and the Accountant

The years passed and the lawyer made a lot of money, but he was always miserable and in debt. Everything about his job was about fighting or arguing, and eventually, he lost his own marriage. The lawyer was regularly complaining about his work whenever asked. The middle brother found himself living a life of stress. He chose to be an accountant because he thought it was a safe career path for income, but he found himself always under extreme pressure to complete his work and make sure it was accurate. The stress became so intense the younger brother was regularly sick and became a prime candidate for serious health problems before he was middle-aged.

The younger brother focused on what he wanted, learning how to be a cook. Every day in the kitchen was where he wanted to be, so it never felt like work. His enjoyment quickly increased his skills in cooking, and soon he became a head chef. He was doing so well he chose to open up his own restaurant. It wasn't the biggest place, and it wasn't the most expensive. However, the youngest brother loved his job, and that made a difference in his food, his staff, and the experience of his customers.

Which Brother Had the Right Idea?

Essentially, the best place to be as a business or business leader is to love what you do every day. If you're not happy in your work, your market position or your role, you will never be able to manifest your full potential. Happiness and satisfaction are key elements of success, especially for business leadership who look for someone to follow and emulate in their own tasks. Sure, your business can have some immediate success, as in the case of the lawyer brother, but ultimately, the angst and frustration catches up with everything and becomes a psychological burden in the workplace. Don't be that older brother. Find your love and make it come to your career and your path. You will be happier, your productivity will be higher, and staff will follow your lead.
Posted by Mike at 5:42 AM