The Amazing Power of Peer Pressure in Groups 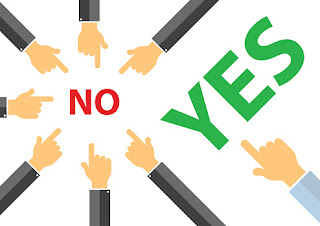 When Stanley's daughter was about five and a half, it was time for her to pick out her first bike. No surprise, she wanted something with bold colors and controls. The typical child bicycle for girls was frequently some kind of flowery motif, a princess bike, or a fairy theme. However, when Stanley brought his daughter to the store, he made a point to tell her she could pick any bike in the store for her size. And she chose a bold, fire-engine red Transformers bike for her favorite TV robot heroes. Stanley wasn't sure about the pick and asked her again if his daughter was sure. She looked around and within ten seconds was done; it would be the Transformers bike without question. So, that's the bike she got.

A month later Stanley's daughter went with her sister to the local park. They were back within minutes, and the younger one was crying. Stanley asked them what happened and, between sobs and hiccuping, his younger daughter blurted out she had been picked on for riding a boy's bike. The culprit was other neighborhood kids, particularly girls. Stanley's daughter rolled her Transformer's bike into the garage, laid it down, and ran inside sobbing. That was the last time she ever rode that bike again. Stanley tried to see if she would ride it again a month later, but no luck. The bike ended up going to charity.

Every day at work people face decisions that they must then put in front of others, their peers. Like Stanley's daughter, they will meet people who will criticize and oppose actions or directions chosen. Sometimes it's for technical reasons and sometimes they do it just to be a pain. However, those peer pressure decisions can be immense depending where one is in their career. If starting out, and the opinion comes from more experienced peers, the pressure can have a huge effect on how people try to fit in, even causing anxiety in some folks. Everybody at some point wants to be accepted, and at work, it can be a fundamental requirement to gel with the "team."

How one deals with peer pressure and compensates for it will dictate how capable of a decision-maker he or she can be. While it would be easy to assume things are top-down, dictatorial, in reality, our decision-making is often an interactive, communal function, so influence matters tremendously. Realizing this and learning how to control the pressure separates good decision-makers from those who can only operate in a vacuum. Controlling it versus being controlled means one rides their "bike" instead of losing it under pressure.

People are fundamentally social creatures, so those who want to be decision-makers need to understand how to use social influence to their advantage, not disadvantage. The last place a decision-maker wants to be is being second guessed or shamed in public when pushing a proposal. Part of effective leadership is knowing how to influence ahead of time and build decision support before the decision actually has to be made. Some call it being "political," but realistically, effective leadership involves performance with a team, not against it.
Posted by Mike at 5:06 AM