2017 Price Change Information: USPS Marketing Mail and What You Need to Know 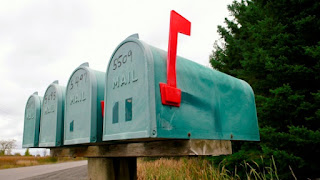 A new year always brings with it a variety of different changes, and it seems that 2017 will be no exception, as far as the United States Postal Service is concerned. Anyone who relies on the USPS for their direct mail marketing activities would do well to sit up and take notice, especially with regards to the price change information and other news that has recently been announced.

What's In a Name?

According to PitneyBowes.com, the USPS "Standard Mail" tier will be rebranded as USPS Marketing Mail in 2017. Additionally, what was previously known as "Alternate Postage" will now be called "Share Mail." Pricing structures have been changed (and arguably, simplified) accordingly.

When the new branding goes into effect, letters that are 3.5 ounces in size or less will cost $0.284 - a reduction from the current $0.290 pricing structure. Flat rates for items that are four ounces or less, on the other hand, will actually increase to $0.555 from the current rate of $0.546 that is expiring. It's important to note that these rates are for the USPS Marketing Mail items that are processed through non-automation means.

The USPS also announced a number of other changes, particularly to items that fall into the presorted mail category. Overall, people can expect a price decrease on average of about 0.25%, though it's important to note that certain types of items will actually increase in price at the same time.

One change that marketers will no doubt be happy about is the fact that presorted First Class Mail will see a significant price reduction. Starting at the end of January, sending 3.5-ounce materials will now cost the same price as a one-ounce letter. Up until these changes go into effect, the pricing category ranged from one to two ounces, not 3.5 ounces.

Changes Behind the Scenes in 2017

It's also important to note a significant change in the way these types of items are processed. Items that used to fall under the 3-Digit and AADC categories are being combined with First-Class Mail Presorted Automation Letters and USPS Marketing Mail Automation Letters. Ultimately, this won't really change the price that you can expect to pay when you send your marketing materials out into the world, but in theory, it should make them easier to process and send out once they've made their way into the hands of the United States Postal Service.

All of these changes will go into effect on January 22, 2017. Until then, the current pricing structure will still apply. As marketing budgets get tighter than ever during a period where direct mail marketing has never been more important, it's always essential to stay as up-to-date as possible on any and all USPS pricing changes to help make sure you're getting the most out of your hard-earned (marketing) dollar.
Posted by Mike at 4:29 AM