Why It's Time To Start Paying Attention To Instagram 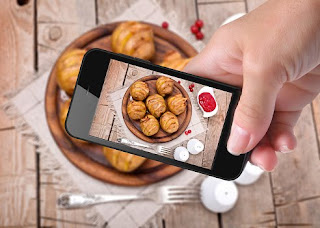 When it comes to social media marketing, there are a lot of people who will tell you that there are only two names that you have to concern yourself with: Facebook and Twitter. While the power of these two services as marketing channels is undeniably important, to say that you should ONLY focus on these two platforms is making a grave mistake - particularly concerning where we're headed.

Case in point: Instagram may not have as many unique users as Facebook or Twitter, but the impressive growth it has shown in a relatively short period of time proves that it is more than worth your effort.

Over the last five years alone, Instagram has quickly proven its worth against its larger brethren. Though the social networking site only had 90 million users in its earliest days, that number has since risen to 300 million monthly active users as of 2016.

What's more than that, Instagram's user base is incredibly engaged. Not only are these users responsible for sharing over 30 billion (that's "billion," with a "B") photos to date, but more than 70 million photos are being shared every day.

That statistic alone makes Instagram the third most engaged social networking site on planet Earth today. In terms of using social media for effective marketing, "engagement" is pretty much the name of the game.

Instagram is also hugely beneficial for companies that want to increase brand awareness on a global scale. Studies estimate that as of right now, a full 70% of all Instagram users are located OUTSIDE of the United States. To top it off, there will be about 111.6 million American Instagram users by 2019. This means that not only will it allow you to reach a wider audience than ever before, but it will also still allow you to reach those ever-important local markets, too.

Perhaps the most impressive statistic to concern yourself with, though, has more to do with exactly who Instagram allows you to reach. As of 2016, Instagram is used by more Americans between the ages of 12 and 24 years old than any other social network, including Facebook and Twitter. So not only can you reach a larger audience, but you're also reaching a younger one - particularly important for creating a loyal army of customers now who will be ready and willing to follow you for years to come.

Statistics like these underline a few different things, all of which are crucial in terms of social media marketing. For starters, always be wary of someone who tells you that you only have to focus your efforts in one direction. "Never put all your eggs in one basket" is a mantra that very much applies in terms of social networking, especially because most businesses use at least two social networks every day, often more.

However, the real takeaway from this is that you should always be looking for the next big thing in terms of how and where you're communicating with your audience. Imagine the results you would see today if you were able to get in on the Facebook revolution from the ground floor. Well, a similar opportunity is currently presenting itself to businesses everywhere in the form of Instagram. Ignoring it now means leaving a lot of money on the table later on.
Posted by Mike at 8:04 AM