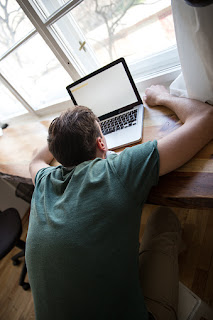 If you're interested in the tech world at all, you're no doubt aware that Apple recently announced the 2016 MacBook Pro - something the company is calling "the best laptop ever made." Indeed, it's a unit with a technical specification sheet that can't help but impress. Objectively, it likely will go down in history as the best laptop the company has released to date. However, some users are suggesting that Apple may be losing the balance between "user experience" and "marketing" in a way that is a bit unfavorable to their end goals.

The new MacBooks don't have a standard USB port at all, getting rid of them in favor of the new (and admittedly superior) USB-C. This is a great step towards a much more productive future, but it's at the expense of the fact that we're not quite at that future just yet. Case in point: the new iPhone 7 does not have a USB-C port at all. Instead, it uses Apple's proprietary lightning cable.

This means that if you own both devices and just want to do something as simple as charge your iPhone with your MacBook, you need to purchase an external adapter. To be clear, this is not "the end of the world." The MacBook Pro is still powerful; it can still be used with the brand new iPhone. However, what used to be a one-step process now requires two, as well as a purchase of additional hardware. This is contrary to the popular mantra of "design for the user experience first, marketing second." This is the very same mantra Apple built its reputation on.

What Would Steve Jobs Say About All This?

Never one to shy away from "rattling a few cages," this is one particular case where we don't actually have to wonder what Steve Jobs may have thought about the steps that modern day Apple just took with the MacBook. He may have actually said it himself, in an interview conducted in the 1990s.

In an interview for the PBS documentary "Triumph of the Nerds," Steve Jobs talked about how important sales and marketing people are to an organization, but how it's equally important to keep them separate from the product development process. His argument was that all too often, products go from offering a great, easy experience to being "great and easy... to market." Innovation, usability, and the overall experience tend to suffer as a result.

In that interview, Jobs said:
"... the people who make the company more successful are the sales and marketing people, and they end up running the companies. And the 'product people' get run out of the decision-making forums. The companies forget how to make great products. The product sensibility and product genius that brought them to this monopolistic position gets rotted out by people running these companies who have no conception of a good product vs. a bad product."

Contrary to popular belief, Steve Jobs didn't hold an "anti-marketing" stance at all. He supported marketers, and with good reason. Under his watch his own marketing team created some of the most successful campaigns of all time. What Jobs was warning against was the idea that you should always design a product or service for the customer first, and then turn it over to the marketing people to do what they do. When marketing is considered an extension of the product development phase, the positive qualities that brought you to your current position in the first place are often lost.
Posted by Mike at 2:33 AM