Protecting Reputations in the Limelight of Social Media 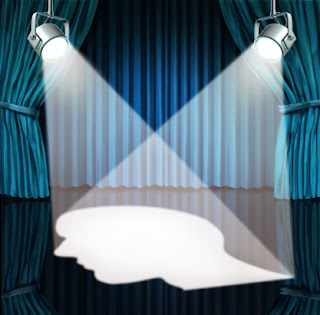 Thomas Paine once said, "Reputation is much easier kept than recovered." There are two groups who understand this better than anyone else: businesses and celebrities. Both groups spend a considerable amount of energy protecting their reputations and promoting the image they want to portray. And both groups have seen this task grow increasingly complicated thanks to the Internet and social media.

Celebrity Reputations
Quick, when you think about Angelina Jolie, what word comes to mind? Probably something like 'humanitarian.' What about Paris Hilton? Her reputation revolves largely around being a party girl. These celebrity reputations are not organically developed. They're carefully orchestrated by publicists and marketing teams, who help the celebrity determine what to say, when they should be seen in public, and what types of stories should be given to the media.

Hugh Grant's experience
Today, Hugh Grant has a carefully cultivated image as a British gentleman and has starred in a variety of romantic comedies. During the mid 1990s, however, the star faced a considerable amount of unfavorable press following his participation in some illegal activities. He managed to save his image, and his career, by giving candid interviews about his own stupidity and then going on to make a variety of hit movies. Now, most younger fans probably don't even remember that past.

How businesses can apply the same concept
As companies grow, some types of negative press are inevitable. It's impossible to make all customers happy 100 percent of the time. Sooner or later, a disgruntled customer will complain about prices, service, or something similar. The trick to successfully maintaining a positive reputation is to address the issue head-on.

Social media and the reputation
Social media has changed customer service. Now, when customers have something to complain about, they're not forced to call a special hotline. Instead, all they need to do is take to the company social media page or blog. They can rip the company to shreds and make their dissatisfaction known for all the world to see. The customer now has much more control over the reputation of a company.

Consider how Hugh Grant planned his comeback. His team worked to help him plan his interviews and create popular movies. He worked past the problem by addressing it bluntly and then looking toward the future. That's also how companies must work.

Celebrities carefully construct their reputations by guarding everything that goes online, similar to how a company guards their own brand and what is posted online. When problems arise, however, they must be addressed, not glossed over. Once the celebrity or company has addressed the problem, they must then focus on providing quality in the future to give people something else to talk about.

For example, if a customer has written a blog post about a genuine grievance, reach out to them to see how the matter can be corrected. If customers post remarks on social media pages, show genuine concern that the customer had such a negative experience and try to make it right. Correct misunderstandings whenever they arise.

Customer service now takes place in the public sphere, and new clients will know if the company doesn't care about past customers. At the same time, once a company has made genuine attempts at restitution, they must focus on providing quality for the future.

Protecting a reputation can be a difficult task in the age of social media, but it's essential if you hope to survive. It involves carefully engaging the public while producing quality services or products that people can appreciate.
Posted by Mike at 4:15 AM