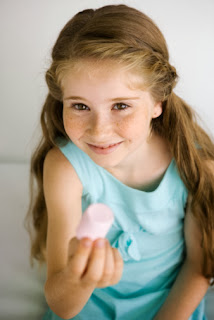 Imagine taking several children, one at a time, into a room, where you've placed a tantalizing marshmallow on a table. You tell the children that if they can resist eating the delicious sweet sitting in front of them while you step out of the room for a few minutes, they can have two when you return. If the child can't wait, they can eat the first marshmallow whenever they want, but they won't get the second marshmallow when you return.

That's exactly the experiment researchers at Stanford performed in the late 1960s. The footage they obtained of the children was quite fascinating. Some children looked away from the treat in front of them, while others tried to distract themselves by kicking the table or fiddling with their hair. Some of the children poked or stroked the marshmallow.

Years later, the researchers were able to make the connection that the children most capable of delaying gratification were the ones who were also more likely to succeed in school, resist other temptations in life (such as drugs or excessive alcohol), and avoid having behavioral problems. Clearly, the ability to delay gratification is significantly linked to personal success.

Hopefully, most adults can be left alone with a marshmallow and avoid eating it when the situation calls for it, but that doesn't mean most adults have mastered self control and delayed gratification. It's always tempting to accept immediate pleasure or reward rather than wait for something more important down the line. We all have different areas where we know we would struggle to resist temptation. Just like the children in this experiment, however, we need to keep in mind the larger picture and see the good that can come from waiting.

What marshmallows have to do with business success

Business is all about being able to see the big picture. For companies to be successful, they have to be able to look beyond the current options and see where they want to go in the future. Sometimes, achieving these long-term goals means being able to pass over smaller rewards and delay gratification for the greater good.

For example, some companies may find themselves tempted to maintain their traditional marketing techniques rather than branching out into social media and inbound marketing. Sure, the company may continue to find occasional new customers, but that's the small reward. The fact is the Internet is now critical for reaching an ever-growing portion of the consumer base. While entering the world of Internet marketing may require patience and extra work upfront, the reward companies receive from reaching their customers online can be enormous.

Children are not known for their patience, and an experiment first done in the 1960s has shown that many struggle with delayed gratification, even when the promised reward is sweet. While adults may have more self control than a child, we can still struggle sometimes to wait for potential opportunities to come to fruition.

When making business decisions, it's always important to determine goals and then keep your eyes on the prize. Opportunities abound for companies that exercise patience and work toward a larger reward. Don't settle for mediocrity. Instead, challenge yourself to think big and build the business of your dreams.
Posted by Mike at 3:59 AM