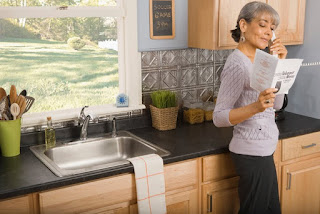 Most restaurant owners know that their menu is one of their top selling tools.

While this may surprise the average consumer, restaurant managers often use their menu to upsell pricey items such as appetizers, drinks, and side items. The placement of each item within the menu is of the utmost importance, and even small changes can cause a jump in sales of ten percent or greater -- or a similar-sized drop in sales if item placement doesn't work for buyers!

Printed takeout menus are still one of the best printed promotional tools that restaurants can use. Consumers are more interested in ordering food ahead of time for takeout, and having a menu visible when hunger hits really boosts your brand to the top of your consumer's mind. See how takeout menus are one of the most functional and valuable tools for your restaurant business.

Restaurant menus are highly tailored, and often tweaked multiple times a year by consultants or managers to ensure that consumers are selecting items that are the most profitable and pleasing to their tastes.

If a menu isn't easy to read, consumers can become confused and take additional time before placing their order, which may lead them to look elsewhere.  Guests are easily confused and overwhelmed when there are too many choices presented. Restaurants often try to limit their choices to a maximum of seven options per food segment to reduce the chance that people will default to a known option that may be less expensive.

Rachel V. noticed that her restaurant was gaining significantly higher dollars from takeout orders than at any time in the past.

In order to capitalize on this trend, Rachel decided to work with her local print shop to create a friendly takeout menu that highlighted a variety of their in-house favorites that were less likely to lose quality if they were boxed and transported elsewhere.

While customers were welcome to order anything on the main restaurant's menu for takeout, the items the team added to the takeout menu were the "recommended" options. Rachel decided that not only could she use the menu as a functional piece that listed their phone number to call ahead for orders and the appetizers and entrees that they offered, but also as a promotional vehicle to offer seasonal discounts and special deals.

Rachel knew that creating a takeout menu with enough food variety to interest her clientele was important.

With the limited amount of space available on the printed takeout menu, Rachel decided to leverage the space by putting visual cues around the most expensive items. This served to set these foods apart and draw the eye with small pockets of negative space.

She also decided to get a little creative with the descriptions of the food that she added to the menu. Oddly enough, she soon noticed that these menus were drawing in new customers -- customers who were purchasing some of the higher-priced options that her traditional visitors were not necessarily drawn to.

As time went on, Rachel continued playing with the options that were on her restaurant's takeout menu. Seasonal favorites were added, coupons made an appearance, and special items were a high point for returning customers who valued the convenience of being able to order their food ahead of time. The small print runs offered by her local print shop allowed her the flexibility that she needed to test, adjust and test again!