The Communication of Change 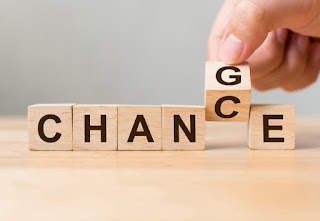 The oil crises of the 1970s rocked many industry giants, including the transportation industry.

In 1981, British Airways was reeling from massive financial losses and a reputation for terrible service. Nearing meltdown, the airline brought on a new chairperson, Lord King, who quickly spotlighted three areas where the company was operating inefficiently: careless spending, disorganized staffing, and inadequate communication. King’s leadership quickly produced results. After only ten years, the company became the largest airline in the UK, reporting the highest profits in its industry ($284 million, to be exact!).

What was the key to this turnaround?

Large-scale organizational change. King made major structure changes, including a reduced workforce (from 59,000 to 39,000), elimination of unprofitable routes, modernization of the existing fleet, and marketing upgrades to revamp the airline’s image.

Did King make these massive changes by crossing his fingers and wishing for the best? Hardly. British Airlines combined accurate research with a clear strategy that informed their decisions and overcame resistance.

Discontentment: The Shadow Side of Success

One thing King had in his favor was discontentment, which was at an all-time high.

While many of us believe contentment is key to a happy life, sometimes pain (including frustration with “business as usual”), is a gateway to greater fulfillment. Experts find that a shadow side of successful people is this common personality trait: they struggle with perpetual discontentment. Forbes columnist Brianna Weist says this:

“There is a difference between people who are content and people who are successful, and it is because the latter push themselves whereas the former tries to sustain the status quo. Without a certain measure of growth or expansion, the human mind gets bored, or tired. This will, eventually, lead to a tipping point at which the content person becomes discontent... and then change is made.”

Change as a Formula

Pain moves us: to make radical shifts, to take risks we wouldn’t otherwise consider, and to get the full potential out of life.

Dissatisfaction, combined with a skill set and action plan, can be the most essential agent for change. But far-reaching change can be tricky to maneuver, requiring precise timing and a thoughtful strategy.

Organizational change experts David Gleicher and Kathie Dannemiller coached change strategists with a model that looks something like this:


What This Means For Your Business

It means you can relax, even when people are unhappy!

Intentionally listen to your employees and customers and consider rising frustration as the first step to positive change. Use the change model to evaluate whether the time is right to communicate early steps towards meaningful shifts. Find healthy networks or professional development opportunities where you can reflect on industry trends, process leadership ideas, and analyze competitors to identify areas of opportunity.

Finally, cut yourself some slack if you feel irritated with your own areas of personal frustration. Great futures can come from great pain, so allow your dissatisfaction to chart a course toward exciting new destinations. You’ve got this!