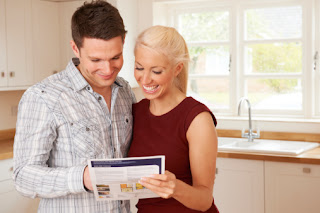 According to a recent study, the average person gets distracted in just eight seconds - although, for some people, just 2.8 seconds is enough. When you operate predominantly in the print-based marketing world, you've already got something of an advantage over most people: print is something tangible. It exists in the real world. People can hold a flyer in their hands or share it with friends and family members if they'd like to, and it's already something that's harder to get distracted from than a computer screen. One way to take the benefit of print and extend it even further involves using the full power of visual communication to your advantage.

Visual Marketing: Breaking It Down

Human beings are visual learners - they always have been, they always will be. It's not necessarily a sign of intelligence but about how the human brain operates. By making sure that all of your collateral includes a healthy blend of both text AND visual elements, you can absolutely make this idea work to your advantage.

Consider the fact that when a person hears a piece of information, they're only likely to remember roughly 10% of it about three days later. These aren't exactly good odds if you're trying to prime a member of your audience to make a sale. When that same piece of information is paired with a relevant image, however, people retain a significantly higher 65% of that same information over the same period of time.

This, in essence, is the power of visual communication at play. In terms of your marketing content, when you make an effort to include relevant images that really help tell a larger story when paired with the text, people will spend more time looking at those images than they do the text on a page. This is why images alone aren't important, but relevant images are the key to your long-term success.

Basically, you need to focus on the age-old idea of "show, don't tell." The next time you sit down to design a piece of collateral, try to convey the major idea in a sentence or two. Whether you're trying to sell a product or service or inform someone about an upcoming event or something else entirely doesn't matter - just figure out what the essence is of what you're trying to say.

Then, think about what parts of that story can be told via images instead of text. What is the bare minimum amount of text that you can get away with that will still include all the relevant information (like dates and times)?

This is the type of approach that you need to take when you sit down to create any piece of print marketing collateral that will eventually be consumed by your audience. Marketing is nothing more than convincing someone to follow directions - you're trying to give a consumer the information they need to reach out to you and make a purchase, for example. Well, when you consider that people literally follow directions 323% better with the combination of both text and illustrations than they do with just text alone, you begin to get an idea of why visual communication is one of the most valuable tools that you have in your print marketer's toolbox today.