The Dignity of Work 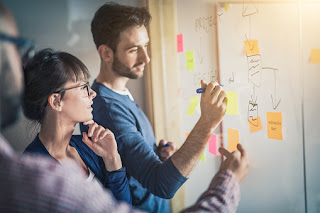 Down But Not Out

Albert Serur was just a young man when he passed out cold in his client’s office. Only four months into his job, a previously undiagnosed heart condition might have sidelined him permanently. But Serur didn’t go down without a fight. Rather than recovering from emergency surgery at home, he hired a driver so he could sleep in the car between sales calls.

“Will-Set” that Trumps a Skill Set

At 28, Serur is the youngest state director at American Income Life and chief executive of its Wilmington subsidiary. Serur Agencies brings weekly employee training sessions that focus less on technical abilities and more on workplace camaraderie, helping people develop a “will-set” with emotional tools to handle challenging situations. These offerings are a timely response to a felt need; in a recent Society of Human Resource Management report, “respectful treatment” was a top priority of the workers, even above pay.

“I’ve seen many people who have more God-given talent than I have, but if they have one difficult relationship issue, they just fold,” says Serur.

Valuing the “Dignity of Work”

Workforce prioritization was how Starbucks recently explained the “fairly flat” performance of its stock. While a recent reduction of corporate-tax rates made the company hundreds of millions of dollars, Starbucks chose to re-invest this money in its workforce rather than funneling profits back to shareholders. Priorities included closing gender pay equity gaps worldwide, offering stock grants of $2,000 for managers and $500 for employees, expanded paid parental leave, and even access to critical illness insurance for parents of employees. Executive chairman Howard Schultz says people are an enduring priority:

“We’re trying to make long-term decisions,” Schultz said. “We’re trying to value the dignity of work. We’re trying to do everything we possibly can to demonstrate to the world … that the better way is not a zero-sum game where you leave your people behind.”

Microsoft has also seen a shift toward creating workplace wins. Several of Microsoft’s former employees have returned to the company after CEO Satya Nadella took over. These “boomerangs” say workplace culture has changed significantly under Nadella’s emphasis on “One Microsoft,” a collaborative environment that hasn’t existed in the past. Nadella has shifted reviews toward solidarity and teamwork, where employees are rewarded not just for their own work but how well they’re able to make use of others’ contributions. Boomerangs say this step away from the “smartest person in the room,” intimidation tactic has brought a more conversational, empowering environment. Microsoft has emphasized patience before perfection, incentives for developing others, and teaching staff to diffuse tension after disagreeable meetings.

Some companies use humor to grow unity. The Improv Asylum comedy troupe teaches communications skills at organizations like Google and Intel. This troupe’s mantra is that one person must always accept the premise given and then expand on the idea. “The sink is going to start spraying pink paint, you say?” “Well, yes, AND . . . lucky for us, we’re hosting the abstract art seminar this weekend!”

As it turns out, this is also a great workplace communication technique:

(The phrase) “‘Yes, but’ is prevalent in the corporate culture, and that shuts ideas down,” says Bob Melley, director of corporate training at the Boston theater company. “‘Yes, and’ encourages everyone on the team to offer ideas. It creates a bond and establishes trust.”