Family Support is Key for Succession in a Family Business 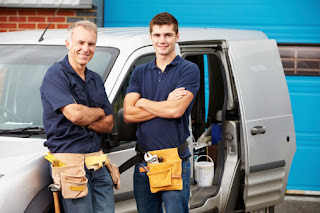 Running a successful family business inevitably comes to a critical decision - how to continue the business when the current business owner decides it is time to retire and step away? Some decide to shut the business down. Others sell it to an outsider. Still, others decide to groom a family member to take over, but this can be fraught with risk if the young person turns out to not be interested, prepared, or the right fit.

Ready for a Change

Virenda Gupta found himself in a critical decision place when he was ready to enjoy the rewards of his own hard work building his property tax consultancy. Founded in 1986, RETC was a well-run operation that had taken years and years of dedication, especially in the highly technical accounting world of tax advising. But it was time for Virenda to travel, see family, go back to his historical home in India for visits, and reap some rewards for a change. However, RETC needed to still be managed and directed.

Virenda's son, Amish, had initially brought up the hard topic, but both men were engaged and ready to really address the matter on all the key topics of compensation, authority, and ownership. Because they were willing to take it seriously, Virenda and Amish were able to craft a functional and working succession plan, ensuring RETC was positioned to continue for decades to come. And this was a key shift that is essential for family transition; if the current owner cannot envision handing over the reins, the succession discussion with a family member almost always ends in frustration.

Virenda's willingness to work towards succession is not common. In fact, only one out of three family businesses make it to a second owner generation, and only a little more than one out of ten make it to a third family generation. Beyond that, the figure gets down to a single percentage digit below 5 percent. However, some of the greatest resistance is manageable; owners have to get past their role of making all the decisions leading to success and let someone else step forward. And that includes making mistakes. Planning is a key aspect, and smart owners start well ahead of a succession date, grooming potential family replacements years before. There is no 24-hour decision-making in this approach.

Proof Beyond Just Being Family

Virenda is lucky; his son wants the leadership role and is qualified. In almost one out of two cases a non-family member is more qualified to take the leadership role instead. Virenda made a key step to ensure his family was prepared. He chose his son as a potential successor after Amish had proven himself capable doing the work. He then let Amish work elsewhere and earn his stripes versus being protected internally due to just being family. Virenda then had to convince Amish to come back and take the role versus staying on the lucrative path he was already on with big corporations. That meant providing a real path and share for Amish instead of just a figurehead position.

How to Do it Right

Experts are in agreement on the key points of family success:

Virenda is now enjoying travel and time to relax in his retirement, and Amish is fully-engaged in his role as RETC's leader. Their story is both a case study of what's done right in a family business succession as well what it takes to prepare for that moment.