A Blockhead Digital Character Shows 4 Ways to Do Marketing Right 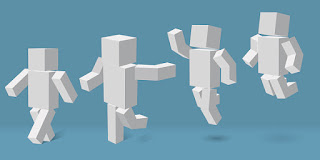 It's not the kind of name that immediately translates visions of millionaire status or successful CEO personas leading fast-moving, highly successful companies. However, this moniker represents one of the most prolific and successful YouTube operations based on the concept of entertaining kids with Minecraft stories and humor all while generating real-time dollars in advertising income monthly. The marketing approach is one of the most effective used online today.

Stampy Longnose, otherwise known as Joseph Garrett of Portsmouth, U.K., in real life is a young fellow in England at the ripe age of 23 years. He currently brings in a respectable gross income of 200,000 British pounds a month creating cartoons of his video game adventures in the world of Minecraft. The game itself is extremely simple to play, like an electronic world of toy building blocks, and the tools used to make the videos don't require rocket science either. However, Mr. Garrett has managed to generate an incredible following online which in turn has created a viable advertising channel that he then monetizes for access to Mr. Garrett's audience.

The marketing approach is grassroots and simplistic as well and can be broken down into four steps.

1) Have a recognizable and distinct voice that people remember.

Mr. Garrett's online voice as he moves across the screen with his character is so different from his normal conversation that he easily translates into a memory-sticking character that then makes it easy to attach a brand to. Mental stickiness is a key factor in customer reception of brand development.

2) Have lots of content and be a good storyteller.

If you can't tell good stories, find someone who can. Particularly for online marketing, a library of content is a must. Viewers don't stop with one video; they want to consume and consume a lot. In fact, many of Mr. Garrett's young viewers are so enamored with his Minecraft stories, they would rather watch his videos than play the game (shocking!).

As soon as the Stampy Longnose idea became a hit, Garrett built a solid team of helpers who provided additional characters to work with as well as give hands-on support with production. It's not easy to write a 20-minute humor dialog that will appeal to a 9-year-old, but that's the goal and to do it 100 times or more each month.

The various characters of Stampy Longnose have also included Stampy the Cat, Stampy, Stampylonghead and so on. Each one of them is now fertile ground for additional merchandising for Mr. Garrett. The production potential is so big, he has now branched across the pond and set up shop in Los Angeles to partner with additional revenue ideas based on the original online Minecraft characters Garrett created. Subscribing to the maxim that good ideas don't stay good or unique for long, Mr. Garrett is actively seeking new venues for his entertainment product and audiences not yet familiar with his funny way that makes kids laugh.

What Do You Want to be When You Grow Up?

So, when you ask your young child tonight what they want to be when they grow up, don't be surprised if he or she says a YouTuber instead of an astronaut or scientist. Given Mr. Garrett's example above, more up and coming business owners should be looking at what worked for the online star and why they aren't doing the same things to achieve marketing success with their customers.