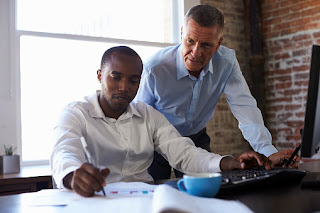 At a recent business leader meeting put on by American Express, Jack Ma from the Alibaba Group was the guest celebrity speaker. The reason why was that Mr. Ma was invited to share a bit of his wisdom and advice, particularly to small businesses. American Express has been maintaining a campaign of supporting and driving sales to small businesses to help them grow nationwide.

A Little Bit of History

Jack Ma did not come from well-established roots like, for example, President Trump. Ma was born and raised in mainland China, competed against thousands of others for a rare spot in the Chinese university system, and could not find regular employment many times. Then, with a spare moment of luck, he was exposed to the internet and realized nobody had catered websites to the Chinese. From there, his success took off, most notably with Alibaba.com.

In his speech, Mr. Ma focused his advice to small businesses on three points:

Get Out of the Weeds

A lot of what Mr. Ma provided in his speech may seem like common sense for small business owners, but it's hard to focus on thinking strategically when one's head is buried deep in just trying to make it through the day. This is why his advice is so important; it reminds business owners to take a moment once in a while to get their head out of the weeds and think in terms of running a company again instead of momentary crisis management. In Ma's opinion, smart and successful business owners are looking, learning, and timing their decisions with the best opportunities. And, they are not ignoring the best sources of business lessons when they become available.