That Cranberry Drink of Yours Might be 87 Partnership Years Old 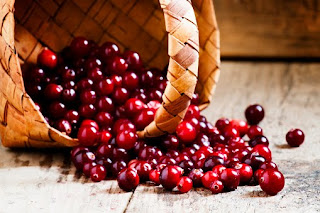 The typical perspective taught in business class is that one must compete against other similar businesses to obtain, hold onto, and grow a market share. And for that to happen, either the market must be new, or someone has to give up some of their market shares to make room for a new business. However, while this "top dog" approach is treated as the norm in capitalism, it's not always the best approach to business success.

The Great Depression of 1929 began because of a stock market crash and a sudden loss of cash liquidity. As a result, both successful and not so successful businesses were destroyed when the crash occurred.

However, in 1930, amidst the worst economic condition the U.S. had seen and with thousands out of work, the Ocean Spray Cooperative was started in Massachusetts. This cooperative venture, started by three separate cranberry farm growers, was the result of a smart and realistic realization that going it alone in the post-crash market was not going to be possible. Rather than fight and compete against each other, the three growers bonded together to combine their resources and success.

It ended up producing one of the few business success stories launched in the midst of the Depression. Today, that same cooperative now includes a membership of over 700 different farm operations in six states and two countries. The key to their major success was partnership and sharing versus competition and "winner takes all" attitudes.

Half a Loaf is Better Than No Loaf

Going it alone in business may mean you're accepting pain and struggle that isn't necessary. Business owners should look around and see if there is any potential to partner up or form an alliance with available competitors, thereby sharing a larger market potential than what their single business is capable of. The results can potentially ensure long-term viability and strength versus suffering from the common "flash in the pan" syndrome so prevalent with new small businesses and startups. This approach can be particularly effective and strategic when a business wants to venture into an unknown, new territory that the potential partner is already present in.

The digital world offers multiple ways for partnerships to be established. Businesses shouldn't limit themselves to just horizontal relationships with other similar businesses. Vertical relationships with suppliers and end users or business clients can lock in additional market share and business not accessible by simply going it alone.

For those who think that partnerships are temporary mutual positions at best, take note of the fact that 1930 was some 87 years ago, and Ocean Spray is still going strong with cranberries as well as other agricultural products for the national food market.

While cooperating with other businesses may not work for everyone, clearly, the synergy of the many can outdo any singular benefit of a lone business acting in a market isolated and against everyone.