The Art of the Pivot 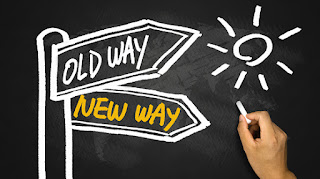 No matter what business you're talking about, most companies usually begin life in the same way: with an idea. You wake up one morning, have an idea for a product or service that you're sure will be the "next big thing," and you get to work. You fully commit yourself to building an infrastructure, developing and expanding on your idea, and eventually, you bring your product or service to market.

And then things have a habit of sometimes not going necessarily how you'd planned them.

Maybe people are using your product, but they're not using it in the exact way that you intended. Certainly not in the way you built your strategy around. Maybe your product or service isn't popular at all, but the underlying idea is still a solid one. In these situations, you have two options: you can pack up your ball and go home, or you could do what some of the most successful companies in the history of planet Earth have done: you pivot.

The Art of the Pivot in Action

A few years ago, an online role-playing game was founded called "Game Neverending" - you're forgiven if you've never heard of it. The premise was simple - users would travel around a digital map and find other people to buy, sell, and build items with. Included inside the game was a photo-sharing tool, which quickly became one of the most popular parts of the experience. Though the developers loved their idea, users weren't quite so kind. People were spending less and less time on the "buying, selling, and building items" part and more on the "photo-sharing" part, causing significant problems for the company's long-term goals.

While you've probably never heard of "Game Neverending," you ARE no doubt aware of a service called Flickr - one of the most popular and widely used photo-sharing tools of the digital age. The developers behind "Game Neverending" realized that they were never going to get people to love their RPG the way they did, so they did what any entrepreneurs would do: they pivoted. They threw out everything except the proven-successful photo-sharing technology and started from scratch. One acquisition by Yahoo! later, and the rest, as they say, is history.

Let the Market Be Your Guide

The key takeaway from this is that you need to be willing to listen to the market and allow it to guide you through execution, even if that execution is at odds with your original intent. Remember that the market is telling you "We like this, but it would be better if it had X, Y, and Z features" is different from pivoting. If users enjoyed the RPG experience of "Game Neverending" and the developers just kept adding game-related features, we might not have Flickr today.

Instead, the market communicated loud and clear: "We don't like this game, but we do enjoy this one thing that the game lets us do." These are the types of moments you have to be not only willing to listen to, but also to allow them to change your idea of what your product or service could become.

Listening to the market and being willing to pivot, even if that was the furthest thing from your mind at the time, is not a bad thing. Indeed, history has proven that great things have been born out of it time and again. Because if you release a product or service and are unwilling to change based on the ideals of your users, you'll wind up hemorrhaging users pretty quickly.

And without those users, what are you left with? Little more than a good idea in search of a purpose, which isn't anything at all.