Failure Is an Opportunity: The Positives That You Can Learn From a Good Day Gone Wrong 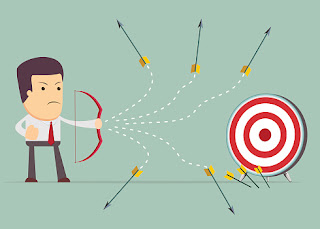 Nobody ever plans on failure. When you wake up in the morning, ready to start another rough day at the office, you don't think to yourself "Oh boy, I really can't wait to screw up that big project today." Failure is something that tends to happen, despite the best of intentions. In those moments of darkness, it's easy to let setbacks both large and small get you down. However, a quality that all real leaders have in common is that they don't dread failure at all because they know that it is inevitable. Failure is only truly a negative thing if you fail to seize the opportunity of the unique learning experience you've just been presented with.

One of the most common reasons why failure sometimes rears its ugly head has to do with something that can often be your biggest strength - momentum. As the machine that is your business grinds along, day after day, you begin to get into a "groove" thanks to our old friend momentum. Productivity is on the rise; you're producing adequate results, and you're well on your way to meeting your deadlines and satisfying clients. Then, disaster strikes. Maybe a finished product isn't nearly where you need it to be, or a mission-critical process has broken down. This is where momentum works against you sometimes - because you were riding the wave of that groove, you likely overlooked small problems earlier on before they had the chance to become much bigger ones in the present day.

This is where failure becomes your best friend - it forces you to stop and think about everything that led to this moment. What along the way caused the failure that you're experiencing right now? It likely wasn't anything that happened this morning, or last night, or even earlier in the week. It was probably a series of small decisions made weeks or even months ago that snowballed into your present situation. With failure, you have an opportunity to look back and see things in a much clearer way. You can make a note of certain decisions you made that didn't quite pay off in the way you thought they would and, as a result, are ones that you're not going to make again in the future (or at least you shouldn't).

The Benefit of Hindsight

An old saying tells us that hindsight is 20/20. Many people think this is an ironic statement - because you can't go back in time and change the past. You're forced to live with the knowledge that the failure you're experiencing is one you created yourself. Instead, look at this saying as a positive thing. Hindsight may not allow you to change the past, but it IS a powerful tool that you can use to positively impact the future. This is the core of what learning from failure is all about.

Think about it this way: your mistake may have cost your business X number of dollars today, but it also helped you save a much larger amount of money on an ongoing basis because you had a rare chance to learn and improve in a way that wouldn't have presented itself otherwise. Learning from failure, therefore, becomes incredibly positive, as you're investing in the future of both your company and your career with the lessons you've learned today.

These are just a few of the reasons why failure is only a negative thing if you allow it to be. Sure, you had expectations that you've set for yourself and others that you didn't meet - feeling disappointed or even upset in these moments is natural. But failure is nothing if not a great opportunity to stop, reassess, and bounce back even stronger. Failure is natural throughout all points in life. In biology, every time you exercise your muscles begin to break down. However, they then rebuild themselves stronger than they were before - this is how we get more fit. There is absolutely no reason why the same shouldn't be true in the world of business.
Posted by Mike at 5:55 AM