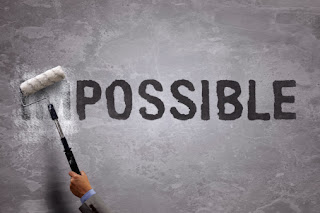 Many of the most successful leaders in the world have been people who have triumphed over adversity. This list of individuals includes celebrities, world leaders, and business people. Notable figures include Nelson Mandela who spent 27 years in prison before finally becoming President in South Africa and Steve Jobs who was fired from his own company. Many people fail in their lifetimes, and then go on to become successful. Failure in itself is not the end. Instead, it is a lesson that can be applied to future endeavors.

What Can Failure Teach Us?

Without learning how to fail and pick yourself up again, most people would never learn anything new or complete any task. It is an accomplishment to fail, and then go on to make something of yourself by admitting that you have failed and refusing to be deterred from your final goal. While this concept can apply to any endeavor in life, it is certainly a concept that can be easily applied to business.

Living with Failure in Business

The business world is full of failures. Companies often have products that do not do well in the marketplace among the mix of products that they sell. In fact, most sales teams figure failure into their daily routine since they know that they will have to approach a lot of leads before they can turn some of them into buying customers. Many successful salespeople use rejections to tally how well they are doing. For instance, they may decide to make enough cold calls over the phone each day to tally up to a hundred "no, thank you's." The reason they count those no's is that they realize that if they receive a hundred no's, they will also have enough yes's in that group of phone calls to make the quota of appointments they need to have.

Failure is a Requirement for Success

"Only those who dare to fail greatly can ever achieve greatly." - Robert F. Kennedy

Greatness can only be achieved by someone who understands what it takes to become great. Therefore, failure is a requirement for success because it takes failure to appreciate success. While not every one of us needs to spend 27 years in prison to finally achieve our goals, the truth remains that unless we persevere towards our goals, we will not be able to achieve success in our careers or life.

Dealing with Failure in Business

As a business owner, it is very likely that you will make mistakes, disappoint staff and customers, and lose business from time to time. However, each time failure occurs, it is best to admit the failure, and then examine why it happened. By learning from our mistakes, we become better business owners and better people. Failure helps us relate to others who have experienced hard times and gives us the opportunity to connect with them as customers.

The next time you or one of your employees fails at a task, take the time to use the failure as an opportunity to learn and improve. Maybe the failure of one person can become a lesson for everyone, and it will lead to the next big success for your entire company.
Posted by Mike at 7:12 AM