Remaining Competitive in Business by Attracting Top Talent to Your Organization 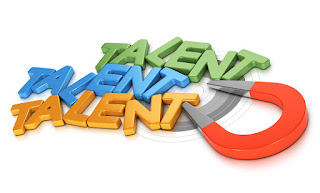 Make no mistake about it: one of the biggest keys that you have regarding remaining competitive in a crowded marketplace isn't the work that you're doing, per say. It's the people who are doing the work in the first place. By attracting top tier talent to your business, you affect the entire enterprise from the top down in a number of positive ways. Thankfully, actually getting the attention of these mythical "perfect" employees is a lot easier than you might think - provided that you keep a few things in mind.

Attracting Talent is One Thing - Keeping Them is Another

Many people believe that attracting top talent to a business is something akin to a sports draft. So long as you throw as much money at a person as possible, they'll definitely come to work for you, right?

Getting a hugely talented person to work for you is really quite easy. Getting them to stick around is easier said than done. Studies have shown that people are willing to switch jobs not because they'll make more money in a new position, but because they'll be happier. According to a report published in the New York Times, when a person's household income exceeds $75,000 per year, it really does nothing to improve the overall level of satisfaction that they feel. They don't lead happier, more enjoyable or less stressful lives - at least not as far as money is concerned.

What this means is that if you're offering a top tier employee $85,000 per year in an environment that they'll ultimately not fit into versus a competitor who is offering $75,000 per year in a place that they would love to work in, that $10,000 ultimately doesn't buy you as much leeway as you might think - if it buys you any at all.

Essentially, if you want to remain competitive by attracting top talent to your organization, you have to create the type of organization that top talent actually wants to work for. This means that your company culture needs to be welcoming and enjoyable. Your leadership needs to be more than just people high on the totem pole with fancy job titles - they need to be people worth following. The work that you're doing needs to be something worth pouring your blood, sweat, and tears into. Whether this means continually rewarding employees for hitting certain productivity goals, profit sharing, a second-to-none benefits package or something else entirely remains to be seen - the answer will vary on a case-by-case basis.

The underlying point is crystal clear, though, - picture the employee you want to attract and make sure that your business is a place where that person might want to work. You essentially do the same thing with your marketing campaigns and buyer personas, so when you start to think of it in those terms it really isn't that hard at all.

The Snake Eating Its Tail

At that point, attracting top talent to your organization becomes something of a self-fulfilling prophecy. By going out of your way to create the type of company culture and environment that top-tier talent want to work for, you're in turn creating a better business and ultimately a better product at the exact same time. The competitive advantage that you've gained and the quality of the work that you're turning out then go a long way towards attracting even more hugely talented people to your business, which essentially starts the process all over again.

Making this one decision to shift your focus towards creating the type of business that people can't help but want to work for creates a snowball effect of positive results for nearly everybody involved. Talented people flock to your organization and don't even dream of looking anywhere else for a job. Customers become more than satisfied with the work you're producing as your employees are putting their heart and soul into everything that you do. This, in turn, feeds back into your business by way of increased revenue and profits, creating a situation where literally everyone wins. Doesn't that sound like the type of environment you'd like to create for yourself?
Posted by Mike at 6:29 AM