Mistakes as Vehicles to Success 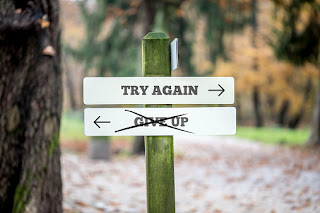 Accidents and mistakes have given us many advantages that otherwise might have never come about. In fact, experimental accidents have been responsible for many of our scientific and medical advances over the past few centuries. The business world has also learned to take mistakes and failures to heart as learning experiences rather than obstacles. Our mistakes can be viewed as stepping stones to future successes.

Famous singer/song writer Janis Ian recently documented in a blog post several of the mistakes she has made over the years. Describing herself as prone to accidents "in the minefield of life," she revealed some whopping errors. Three noteworthy examples are refusing the role eventually played by Rhea Pearlman in the hit TV series Cheers, passing on performing at Woodstock, and declining to write the musical score for the blockbuster film, The Graduate.

These were definite mistakes, to be sure. But as serious as these now obvious blunders were, Janis Ian is still doing what she loves and making others happy in the process. She is earning a living writing music and performing, and the world is better for this. None of her mistakes in that minefield have kept her down nor kept the world from enjoying her music.

Isaac Newton's mother made a mistake that had the potential of altering the history of science. Young Isaac was pulled out of school to help run the family farm, but he was really no good at this, and his mother recognized it. She also knew that he really wanted to finish his schooling. When she realized that this was a far better fit for her son, she found another way to get the farm running as it should and allowed her son to finish school. The world of science is better because of this woman's mistake being corrected and learned from.

Many stories tell of business successes born after their founders' prior failures. Macy's, the department store chain, is one of the largest such chains in the world, but Rowland H. Macy suffered through multiple business failures before learning enough from them to bring him and his family fame and wealth.

Dave Anderson of Famous Dave's BBQ restaurants was, at one time, a not-so-famous Dave, after experiencing not one, but two business bankruptcies. One of them was as a wholesale florist supplying very large clients like Sears Roebuck. His business grew so rapidly that he failed to keep up with it, and lost the business. But, he learned from his mistakes and personal limitations. Indeed, he describes failure simply as "a learning tool."

Since Dave knew that he loved making food, a restaurant was an obvious choice, and Famous Dave's is the famously successful result, but he did not stop there. Anderson also created the LifeSkills Center for Leadership in Minneapolis, investing over a million dollars to start the program for helping at-risk Native American youth. The program focuses on leadership skills--the same skills Dave learned from his previous mistakes.

As author John C. Maxwell put it in his successful book, Failing Forward: Turning Mistakes into Stepping Stones for Success, your objectives should include this mantra: "Fail early, fail often, and fail forward." Mistakes should become vehicles, not obstacles. Like Janis Ian, despite mistakes you keep on keeping on. Isaac Newton's mother learned that correcting mistakes can create value where none appeared to be. Like Rowland H. Macy and Dave Anderson, you build success on the foundation created by prior failures.

As social activist, composer, and singer Bernice Johnson Reagon put it, â€œLifeâ€™s challenges are not supposed to paralyze you; theyâ€™re supposed to help you discover who you are.â€
Posted by Mike at 5:02 AM