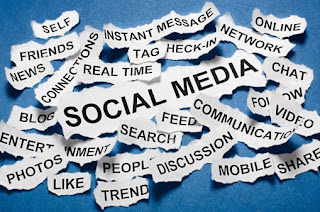 Despite the fact that we're well into the 21st century at this point, there are many businesses that are truly afraid of addressing exactly what that entails for whatever reason. It is not uncommon to meet a marketer that is still relying on the tried-but-true techniques of yesteryear, while at the same time turning a cold shoulder to the advancements of the last decade: namely, the social media-centric society in which we now live. If you distill the goal of marketing down to its most bare essentials, all professionals operate with the same end result in mind. Marketing is a quest to stay relevant. It's a battle to keep a brand at the forefront of a customer's mind and to engage with an audience in new and meaningful way. It's an attempt to create a world in which the customer cannot fathom living without Product X or Service Y. In the 21st century, that means embracing social media and technology in general.

By staying firmly ingrained in the techniques that have always worked in the past, the "old school" segment of the marketing population is forgetting that these new technologies bring with them a huge variety of advancements that can't be ignored. For starters, social media eliminates much of the guesswork that marketers used to have to contend with. You no longer have to guess which conversations your customers are having and try to interject in any way that you can. Thanks to Facebook, Twitter, and other sites, you can literally see the conversation as it's taking place. You don't have to attempt to steer the conversation in a new direction to attract attention - you can attract attention by contributing meaningful content to something that is already taking place.

If a customer is having an issue with a particular product and posts about it on Twitter, a marketer is, at most, three mouse clicks away from solving that problem and creating a meaningful example of brand engagement at the same time. Social media also tears down the obstacle of geography, creating a world that is literally as large as it's ever been but figuratively much smaller. Do you want to quickly get a message out to customers in Cleveland, Ohio? Filter Twitter accounts based on location and send away - they'll receive it in seconds.

Most importantly, social media allows you to make use of one of the most widely used platforms for any type of activity in existence today - mobile. People spend a massive amount of time on their smartphones each day thanks to their ease-of-use, small size, convenience and more. You don't have to fight for their attention anymore - if you're putting the right content out in the world using the right social channels, you've already got their attention.

Social Media is Not a Replacement

One of the biggest misconceptions that the "old school" marketers have is that social technology, in general, is replacing the way things used to work. This couldn't be farther from the truth. The timeless, best practices that worked in the 50s and 60s still work today. They will always work. Social media and other digital marketing techniques are not a replacement to the techniques that you've always depended on, but a compliment to them. When used in conjunction with one another, they're creating an environment where success is practically a guarantee.

A properly designed direct mail piece will be just as effective in 2025 as it was in 1975. If you also add a hashtag or a QR code or some other type of digital element to that mailer, however, you're performing the most important task of all: You've given the customer an option regarding where and how they'd like to continue the conversation. You've included them in the process in a meaningful and organic way and, rest assured, they will thank you for it. That is what social media is all about.
Posted by Mike at 4:11 AM