Hopping Aboard the Bandwagon 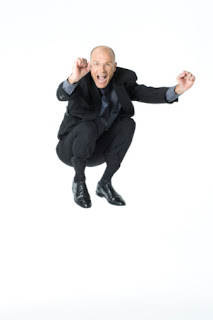 The bandwagon effect is nothing new. Scientists have been amazed for decades by the propensity for people to follow the lead of others. It seems to dominate our lives in so many ways! We become more likely to buy products our friends buy, and we even find ourselves ascribing to the opinions and beliefs of those around us. This psychological phenomenon might be one of the most interesting and influential topics of study in the field of neuro-marketing.

An excellent example in the world of public opinion can be found in the Oxford Journals, dating back to 1977. This experiment used two groups of questionnaires to study participants. Each contained the same four questions, but one set of questions was accompanied by recent public poll results regarding answers to the question. The study found that those in blue collar trades seemed to react negatively in opinion and response rate to the addition of the polls, while white collar workers reacted positively in both of these areas.

The findings of this study have been cited numerous times and have been used as a foundation for subsequent studies on the notion of the bandwagon effect. A study as recent as 2013 sought to determine how influential the bandwagon effect is on voting. The study, published in the Journal of Psychology, found that the opinions and votes of participants were similarly impacted by the behavior of others.

Why do we care so much about what others say and think?

We all want to feel as though we're part of a group. Put yourself back in high school for a second. You walk into school, put your backpack in your locker, and likely begin to search for your friends. Whether a jock, a bookworm, or a rocker, everyone had their own clique. Even the 'outsiders' seemed to have their own group of like-minded people. As people, we enjoy feeling as though we're part of a greater society.

Our desire to be part of a group impacts everything from our shopping behavior to the social media platforms we join and the content we seek. It explains why that latest cat meme went viral and why various fads seem to arise and disappear overnight.

It can also be a powerful tool for marketers. When you harness the power of the bandwagon effect, you can create the recipe for a successful marketing plan or product launch.

Take social media, for example. These digital platforms are excellent for your customers to let their friends know they like your brand. People are more likely to be attracted to and follow brands their friends follow because of the bandwagon effect. When companies advertise who follows them on social media, it works to create a strong social media community where people regularly converse and engage with the brand. It can also help to encourage others to like the brand.

Similarly, people are far more inclined to try new products if they see others buying them. If you're running a sale, for example, indicating the percentage of your product that has been bought, particularly as the numbers get higher, can actually help drive new people to make a purchase.

As scientists have been telling us for decades, the bandwagon effect can be a powerful motivator for people interested in making a purchasing decision. Keep the power of groups in mind as you design your next marketing campaign and see how you can leverage this power yourself. Contact Print It! today at 864-882-3609 or 800-357-1103 to get your new marketing campaign started.
Posted by Mike at 6:04 AM