What the Cola Wars Can Teach About Marketing 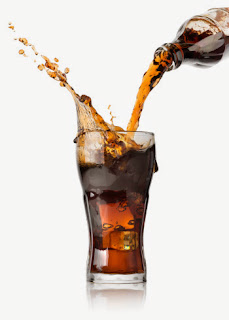 Imagine you are walking down the street and see a group of people trying to get volunteers for a taste testing. In the cups before them they have two identical-looking colas. They ask you to try both cups and pick which one you prefer. You will then need to try and identify which is Coke and which is Pepsi.

Shockingly, many people don't. A number of different experiments have shown that many people are unable to correctly identify which cola is which. Even more surprisingly, in double blind taste tests, Pepsi often wins. It was this phenomenon that led to Pepsi steadily encroaching upon Coca-Cola's lead in the market in the 1970s and 1980s. In an effort to win back customers, Coca-Cola introduced the debacle that was New Coke. The new formula was quickly rejected by consumers, and the company worked to gain back the trust of their loyal customers.

Coca-Cola managed to transition out of their problematic campaign and back to their original formula, but this left them in an interesting position. They still used the original formula, which customers said they wanted, but this formula was the one that often lost to Pepsi in taste tests. In the twenty years since this fiasco, Coca-Cola still manages to lead the market and has been holding steady.

According to what many people view as the unwritten rules of marketing, this should not be happening. Coke has two major points working against it.

Yet somehow Coca-Cola remains ahead.

Understanding why this happened and what companies today can learn from it can help you revolutionize your advertising campaigns.

Coca-Cola's advertising works to develop a certain mentality in us. When we see the brand's familiar script logo, we connect to the company's rich history. We see small children walking up to drugstore counters to buy a Coke. We also connect with the company's familiar advertising icons (its polar bears, for example) that are often featured in various advertising campaigns. Of course, Coca-Cola's friendship ads help us feel connected to other Coke drinkers around the globe, as well.

The key here is the brand. Coca-Cola is now an iconic brand. It has become such a staple in our culture that in some regions, the word 'Coke' is used to mean any soft drink.

So what are you doing to develop your brand? Creating and maintaining a strong brand should be at the center of all your marketing. Customers make decisions based on the subconscious associations they develop between a company's brand and its intangibles, including its quality, reliability, and history. Successful marketing helps to encourage positive associations in consumers' minds.

Thinking about the entire customer experience

Taste tests often show that Pepsi is the preferred brand, especially considering it is slightly sweeter. While this might be better for short-term tastes, many people drink soft drinks in vast quantities. They don't just drink a sip or two. They drink large bottles. Given the entire customer experience, it's easier to see why the slightly sweeter brand seems to be less preferred in the long run.

Branding and considering the entire customer experience have both had an enormous impact on Coca-Cola's ability to hold onto its lead over Pepsi, despite taste tests and marketing troubles. When you keep these criteria in mind for your company, you'll also be able to boost your success. So grab a soft drink, sit down, and work with us to begin determining how you can better market your company.
Posted by Mike at 4:13 AM