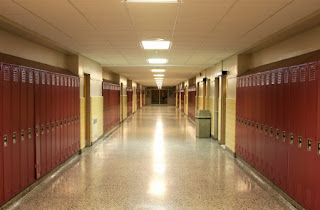 Back in high school, there were always a few classmates who seemed to find schoolwork effortless. They were able to easily achieve the top grades while the rest of the class struggled. As finals week rolled around, these students often found themselves inundated with requests for study help. Some would come from friends, but many came from complete strangers who would suddenly try to buddy up with the smart kids in an effort to curry their favor.

Typically, the smart students would react to these requests in one of two ways:

No one likes being taken advantage of. While it may have been just as easy to offer study help to members of either group, the smart students didn't like people suddenly trying to be their friend, only to be 'dumped' once the other person passed an exam. It wasn't that they didn't want to help. They just preferred to help genuine friends they could trust to actually care about them.

How this relates to networking

People often look for shortcuts to take with networking. They don't want to go through the trouble of building a relationship with a new connection; they just want to know if the person is going to be interested in doing business together or not and then leave it at that.

The problem with this method is the same problem that many struggling students found when they tried to suddenly befriend the smart kids at the end of the year: No one likes to feel that they're being taken advantage of.

When you're on the other side of the relationship, you don't want to have someone approach you and just immediately start trying to sell you. You're more interested in doing business with someone you've already built a relationship with and you trust to be concerned with your business as well as theirs. If a connection that you've gotten to know over the course of several years reaches out and offers you a trial of their new software and invites you to sign up for a newsletter, you're far more inclined to accept that offer than you would if the same invitation came from someone you just met.

Making this principle work for you

Networking takes effort. There's no getting around that. Forming these valuable connections, however, has the potential to really grow a business. To help make your networking overtures successful, keep these tips in mind:


Networking can be instrumental in growing a business. However, taking shortcuts and trying to sell to a new contact you've just met will probably have the success rate of trying to get the high school valedictorian you've never spoken with to study with you the day before finals. Taking the time to build a relationship can make a world of difference. Keep that in mind when you set out to build your network, and you just might be pleasantly surprised at what networking can do for you.
Posted by Mike at 6:51 AM