Honest Abe, A Cherry Tree, and Running a Successful Business 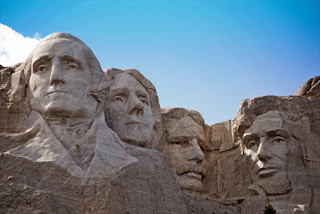 Quick: Name two of the most popular historic U.S. presidents. The first names that come to mind for most people are George Washington and Abraham Lincoln. These two presidents are well known for their leadership during tumultuous times in American history. But they're also known for their place in American folklore. Specifically, they have both gained reputations for being exceptionally honest.

George Washington and the cherry tree

According to the popular story, young George Washington was playing with his new hatchet when he killed his father's favorite cherry tree. When his father confronted the household about who had hurt the tree, young George quickly confessed, telling his father that he could not tell a lie. His father forgave him, reinforcing the importance of his son's honesty. George Washington carried this lesson about the importance of telling the truth with him the rest of his life.

Before Abraham Lincoln became involved in politics, he was involved in a number of businesses. He bought a small store, was a lawyer, and served in Congress. In each of these positions, he became known as 'Honest Abe.' Stories abound about young Abe returning a few cents of change or tracking down customers to complete their orders if their requests were mis-measured. He carried this reputation as a reputable businessman with him to the White House.

What these two men can teach us today

Many people couldn't tell you the date the American Civil War ended, when Abraham Lincoln was assassinated, or when George Washington died. Despite these gaps of knowledge, most people would be able to tell you that these men were known for their honesty. Why is that? Because people value honesty in their leaders. They want to be able to trust the people they elect.

This also applies to their business leaders. When customers are looking for companies they want to work with or buy products from, they need to be able to trust that the company will provide them with the quality service they're expecting. They want to trust that the advertising they see is accurate and that if they have any kind of problem, they'll be able to get the situation addressed by a quality customer service team.

How you can show your honesty to potential customers

Since we all know customers are looking for honest businesses, it's important to display this characteristic in all our dealings with customers, especially online. Social media and websites make customer service and customer opinions very public, for all potential customers to see. This makes honesty and quality customer service even more critical.

As a business leader, it's important to monitor the web for discussions about your company to see what people are saying. If customers have legitimate complaints about the quality of service they received, make sure you do everything you can to make it right. This may include issuing refunds, providing coupons, and addressing other concerns.

Similarly, when you come across positive reviews, it's a good idea to send notes of appreciation or coupons to encourage repeat business and as a sign of thanks. Above all, you should strive to be above reproach when it comes to honesty.

People like knowing they can trust their leaders, whether presidents or business owners. Stories abound in the collective consciousness about the honesty of some presidents in particular. When you (and your company) gain the same reputation for honesty, you can also live in the public consciousness as someone worth following; and that's how customers are gained.
Posted by Mike at 4:32 AM