Picking Teams for Sports or Business: The Same Strategies Apply 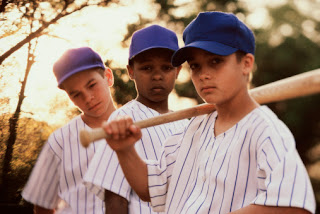 Pickup games are the basis of many fond childhood memories -- or nightmares, depending on who you ask. Whether the neighborhood children preferred to play games of basketball, baseball, or hockey, standing in line while waiting for the 'captains' to select you could be pure torture. Those with a bit of athletic prowess would eagerly wait to see if they were going to be on the same team as their friends. Those with a bit less skill crossed their fingers that they wouldn't be picked last.

What made picking those teams so stressful

Children understand that the team you choose matters. The team will decide whether you'll emerge victorious or go home to dinner with your tail between your legs. Growing up, being picked first was an honor. It meant the other kids respected your abilities. Being picked last was something to be avoided.

Team captains would fight to fill out their teams with people who could successfully fill each position on the court or field. Even a casual game, like a snowball fight, needed players who had certain skills. No captain worth their salt would pick just anyone.

While those picked at the end might rather repress these memories, they do have to admit that the captains tended to know what they were doing. Those of us in business can learn something from them.

Why the team matters

Whatever the sport, the teams would work together to devise some kind of strategy under the leadership of their captain. Yet, no matter how talented that captain was or how genius their game strategies were, they couldn't win on their own. They still needed the talents and help of everyone else on the team. The same goes for business.

Countless startups get so wrapped into their vision and dreams for the future that they neglect building their own team to help them get there. However, just like a childhood sports team, a business won't succeed if it relies solely on the grand plans or talents of one person. As important as developing the ideas and plan for the company may be, carefully picking the team to get you there is just as (if not more) important.

Captains of sports teams pick players based on where they can play on the field. They work to get a variety of skills on the team. In baseball, it doesn't do much good to have a team of hitters if no one can field. Similarly, in business, it's important to pick members with various talents and strengths to create a complete picture.

Begin by outlining who is needed to help the business grow. Find people who share your vision and can help fill in your own gaps, so you can work on building your company's future. Different people will bring different ideas to the table, which will challenge you to develop and grow as a team.

Success for startups (and even more established companies) often depends heavily on the types of people the company founders surround themselves with. Fresh people bring fresh ideas, and no person can fill every role.

Rather than trying to be everything for your company, focus instead on building a strong team that can work together to take your company to the top. Just like the kids from childhood sports games understood, strategy and big plans will only get you so far. Sometimes who you pick will make the most difference.

When you're ready to build your marketing team, we can help you make smart decisions about your strategy and how your team will work to reach your customers.
Posted by Mike at 5:12 AM