What a Little Red Muppet Can Teach Startups 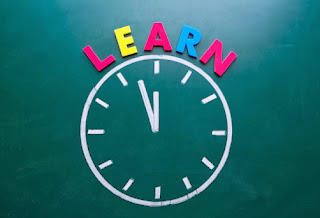 Do your children love Elmo? Depending on their ages, chances are they do. Few things bring more delight to children across the country than seeing the furry red character come on screen to sing or explore with children during the special segment, "Elmo's World."

Elmo is known for his fun-loving personality, his friendship with the other characters, and his tendency to use the third person, even when referring to himself. Elmo is a Sesame Street phenomenon, a favorite among preschoolers, and a popular toy and collectible as well. What many fans don't realize, however, is how close Elmo came to never even having a name.

The voice actor Kevin Clash is largely credited for creating Elmo. Although the Muppet had been in use in the 1970s, it was difficult for other members of the cast to create a real personality and background for the little red guy. When Clash took over in the early 1980s, the story behind Elmo began to develop. He developed the personality quirks and voice for the character, and the writers began to be inspired to write the background and story for Elmo.

Clash began to bring Elmo to television appearances, and eventually Elmo became famous for even testifying before Congress. As Elmo grew in fame off the screen, he also began playing a much larger role on the show itself. The segment "Elmo's World" arrived in the 1990s, along with the famous Tickle-Me-Elmo doll and a variety of other popular movies and toys. Now it's impossible to imagine Sesame Street without him.

What we can all learn from Elmo

You wouldn't know from the number of books, movies, toys, and television appearances centered around Elmo how close the world came to never meeting this famous red character. The same could be said for any business or startup. Every new company can identify with the little red Muppet, sitting in the corner without much of a personality or backstory, but still trying to get out on the main stage.

The trick to success is to take what Elmo has taught us: that with determination, animation, love, and perseverance we can all make it to the top. No one handed Kevin Clash and Elmo their success. It was born out of inspiration and creativity. These qualities can help any company develop the reputation they need to become leaders.

Even though Elmo did not really make his way to the front and center until more than a decade after the show had begun, he has still gained a solid position as one of the main voices of Sesame Street.

In much the same way, no industry is ever entirely filled or has leaders so established that a newcomer cannot become an industry great. This should inspire those trying to break into their respective industries and remind those who are at the top that they should never take their position for granted. All companies should be working to remain on the cutting edge of what customers need.

Elmo is the furry red Muppet that has captured the hearts of children and adults for over two decades. While children may learn lessons from him about sharing and being a good friend, adults, too, can take away ideas that may help lead them in the business world. Elmo has asserted himself as an industry leader directly due to his creativity and determination, and he should serve as an icon of what these qualities can accomplish today for all of us.
Posted by Mike at 3:46 AM