The One Important Lesson From Harry Potter 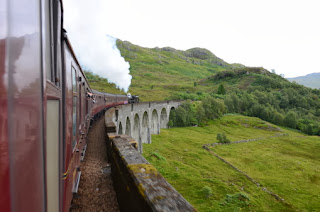 J.K. Rowling is the British author of the popular Harry Potter fantasy book series. A net worth of more than a billion dollars makes her one of the richest women in Great Britain (richer than the Queen!).

In a recent interview, Rowling revealed an interesting fact about the series. She was rejected 12 times by publishers before finally getting her book accepted. Yet, even though her first book had not been accepted, she still did something that many never do: She knew exactly what the ending of the series would be.

Rowling wrote the final chapter of the final book in her series, so she knew how the series and the story would end. That helped lead her to logically fill in all the plot lines and action sequences to get to the conclusion.

"Start with the end in mind." ~ Stephen R. Covey

In our business and personal lives, we rarely know what the end game should be or what it would look like, as clearly as J.K. Rowling did with her Harry Potter story. As a result, it's not surprising that businesses struggle and projects go sideways.

The lack of goals or the desire to get things done are typically not to blame. Instead, the culprit and missing ingredient is most likely a clear vision of what the ending will be.

Human nature is the common quality of all human beings. People behave according to certain specific principles of human nature. Whether leading a company, a group, or even ourselves, we need to understand what motivates and moves us to the end goal.

Every January, every week, and every day, goals are set by wonderful people with the best of intentions. Yet only a dismal percentage of these lofty (or even mundane) goals are ever accomplished. This often leads to abandonment of dreams and higher aspirations.

The desire to do what it takes is not something that's easily manufactured. Great leaders know how to lead movements, nations, and countries by tapping into human psychology in ways that others don't. These leaders know that real action, progress, and momentum only come when a highly desired end result is clearly laid out.

On May 25, 1961, President John F. Kennedy presented a historic challenge to the people of the United States. He set a goal of putting a man on the moon and returning him safely to Earth before the decade was over. His dramatic speech galvanized a whole nation and resulted in Neil Armstrong touching the lunar surface on July 20, 1969.

Steve Jobs had a clear vision for Apple and each of the products the company would roll out to revolutionize entrenched and established industries. There are numerous examples of other great leaders of companies, nations, and movements who made a big impact on society. The one common theme: they knew how to clearly articulate the vision and end result in ways that resonated.

"Life can only be understood backwards; but it must be lived forwards." ~ Soren Kierkegaard

J.K. Rowling sat in the coffee shops of England as a struggling single mother writing her Harry Potter stories. There were many things she could not have known about what the future would hold for her. But there was one thing she did know that drove her forward despite all the negativity and obstacles: how her story would end. Not everyone can write Harry Potter books, but we all can get much clearer about how our own stories should end. If we can do that, maybe there will be rewards much greater than the billion dollars J.K. Rowling has earned.
Posted by Mike at 4:59 AM