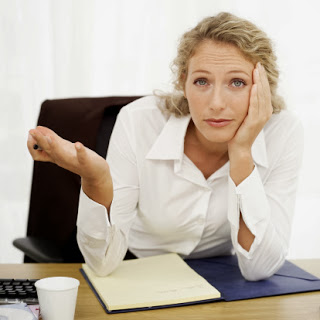 You may think guerrilla marketing is dead, but really it's evolved with the times. If you haven't done the same, then you need to take a leap forward to get the most impact from your marketing dollars.

What is Guerrilla Marketing?
Jay Conrad Levinson coined the term guerrilla marketing in 1984 with the release of his book, Guerrilla Advertising. In military terms, guerrilla refers to an unconventional form of warfare used by armed civilians, often against a force with superior numbers and weaponry. It relies on surprise, sabotage, and the ability to hide among a crowd. Guerrilla marketing is a take on advertising that uses similar tactics to gain attention.

The primary advantage of guerrilla marketing is its ability to increase a marketer's impact using less costly resources than traditional advertising. It relies on high energy, imagination, and ingenuity. The idea is to take your customers by surprise, make a lasting impression, and create the kind of buzz that gets people talking.

The following two examples will help you wrap your mind around this strategy:

1) A new, locally based beverage company posted creative flyers on light poles and other public structures all around town. These flyers looked more like graffiti than advertising. Nobody even knew what it was all about, but the images stayed in their minds. After approximately three months of bombarding the public with these images, a billboard was displayed which used the same images, but also identified the company and the product. A brand was created before anyone knew what the brand was for. This is guerrilla marketing.

2) Compare this to a strategy used by a national research organization. They created billboards and took out full-page magazine ads that compared a neurological disorder with child abduction. These fundraising advertisements included the organization's name and contact information. The shock factor backfired and complainants formed organized protests. This isn't guerrilla marketing. It's simply disrespectful and in poor taste. There is a difference.

When guerrilla marketing first became a hit, consumers were inundated with "professional" advertisements on television, radio, magazines, and newspapers. Now, it seems anywhere and everywhere we turn we encounter ads -- they're even in public restrooms! If we were numb before, we're deadened now.

Advertising and "traditional" marketing just doesn't have the impact it should for the dollars companies spend. And it's no wonder when there's so much advertising in so many places that it seems we never get a break from it. Guerrilla marketing breaks through all that clutter by being different. Not just different from your competitors, but different from its own past.

How Can You Use Guerrilla Marketing?
You can use guerrilla marketing to get the scattered attention of your target customers by becoming a bit more creative in the ways you reach out to them. Surprise them. Capture their interest. Offer something of real value.

Remember guerrilla warfare. You can't rush success. Guerrillas knew that. Civilians battling a superior force with superior arms would spend years, decades, even generations fighting for what they believed in with whatever means they had. Take a lesson from them.

First, know that your business is worth fighting for. Second, you won't win the success you want instantly. Third, you need to build your credibility with your target audience (i.e. the civilians you're saving), not with your competitors (i.e. the superior force).

With these three things in mind, break out of the marketing box you've fallen into and prioritize communicating with your customers. Surprise them with how helpful, genuine, and trustworthy you can be. Sabotage the competition by offering a better value with better intentions. Don't be afraid to blend in and mingle with your customers. After all, they are the only ones who really matter. Be one of them. Help them. Build a future with them.

This isn't a battle for sovereignty or freedom. It's a battle for the hearts and minds of your customers. The secret isn't a parlor trick or a timely fad. You can't take their trust. They have to give it to you. You have to earn your customers' trust. If you can do that, then you can evolve into the future with them right by your side.
Posted by Mike at 11:24 AM