How Far Would You Go For a Customer? 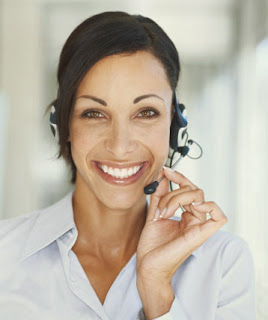 There's a story told of a middle-aged man and a teenage boy who checked into a hotel together while traveling. The staff noticed that both seemed quiet and somber and that the boy appeared pale. That evening, the two had dinner at the hotel restaurant. Again, they seemed unusually quiet, and the boy barely touched his food, before excusing himself and returning to his room.

After finishing his meal, the man asked to see the hotel manager in private. Concerned that he was dissatisfied with the service he had received, the manager obliged his request.

Once alone, the man explained that he was spending the night with his son, who was set to begin chemotherapy treatments at a nearby hospital the next day. Instead of waiting for his hair to fall out on its own, the son planned to shave his head that night, and the father was doing the same. He wanted the staff to be aware of their situation, so they wouldn't be alarmed when the two showed up for breakfast with clean-shaven heads. The manager said he would let the staff know and that the man need not worry.

The next morning, the man and his son (now with shaved heads) came down for breakfast. As they walked into the restaurant, they looked around and saw the staff busy at work taking orders, clearing tables, and seating guests. But something was different than the night before. You see, while each staff member was going about their business just as they would on any day, several had taken it upon themselves to shave their own heads that morning, too.

This story (whether true or not) provides a good reminder for how each of us should treat the people we encounter throughout our day. Whether customers, coworkers, or strangers on the street, it's easy sometimes to forget that the people we meet are just that -- people -- with individual challenges and struggles we may never know or understand. How we choose to interact with them can go a long way in determining how they will interact with us (and our companies) in the future.

So, while you may never shave your head for a customer like the staff members in our story did, going out of your way to treat the people around you with kindness, dignity, and respect is more than just good manners. It's good business.
Posted by Mike at 4:32 AM