Optimism, Poetry, and the Entrepreneurial Spirit 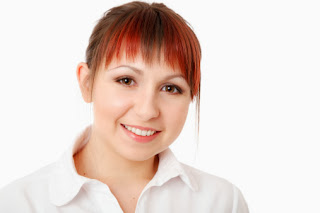 Optimism is not a trait born necessarily out of good fortune. Edgar Guest was 11 years old in 1893 when his father lost his job. Barely a year earlier, the family had emigrated from Birmingham, England, to Detroit, Michigan. Now, young Edgar had to take on odd jobs in a still unfamiliar land to help support the family.

In 1895, at age 14, he went to work as a copy boy for the Detroit Free Press. This would prove the beginning of a career that would span more than six decades.

At first, Edgar was able to attend school while working. However, in 1898, when Edgar was 17, his father died. Edgar dropped out of high school and began working full-time to support the family. Later that year, his first poem was published in the paper.

Over the next half century, Edgar Guest would become one of the most prolific writers of his time, publishing more than 11,000 poems, syndicated in more than 300 newspapers and compiled into 20+ volumes. He also hosted a popular radio show in Detroit and later appeared nationally on the NBC-TV show A Guest in Your Home.

In spite of his rough start, Edgar Guest was known for the optimistic outlook captured in his verse. One of his better-known works, "It Couldn't Be Done," is a good case in point -- and a celebration of the entrepreneurial spirit we all share as business leaders. It reads in part:

"How Do You Tackle Your Work?" is another of Guest's poems that sings the praises of optimism, hard work, and dedication -- traits we as entrepreneurs hold dear. Here's a passage:

You can do as much as you think you can,
But you'll never accomplish more;
If you're afraid of yourself, young man,
There's little for you in store.
For failure comes from the inside first,
It's there if we only knew it,
And you can win, though you face the worst,
If you feel that you're going to do it.

The full text of each of these poems is available online, and I encourage you to read both of them. They're a good reminder -- especially when the grind gets tough -- of just why we chose this crazy life in the first place.

It Couldn't Be Done - PoetryFoundation.org
How Do You Tackle Your Work? - Google Books
Posted by Mike at 4:32 AM