How to Beat a Low Price Competitor 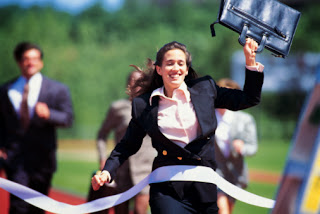 Every industry and every business tends to have at least a few competitors who know only one way to compete: unreasonably low pricing. These businesses undercut pricing so much that few make any profits. Unfortunately, as they go down the tubes toward oblivion, they often drag a few good companies with them.

Everyone knows that competing is part of being in business. Problems occur when some companies don't want to play by the rules.

One man who ran into just this sort of problem was Herbert Dow.

Herbert Dow founded Dow Chemical in Midland, Michigan, after inventing a way to produce bromine inexpensively. He sold the chemical for industrial purposes all over the US for 36 cents per pound at the turn of the 20th century. He couldn't go overseas, however, because the international market was controlled by a giant German chemical cartel that sold it at a fixed price of 49 cents per pound. It was understood that the Germans would stay out of the US market so long as Dow and the other American suppliers stayed within their borders.

Eventually, Dow's business was in trouble, and he had to expand. He took his bromine to England and easily beat the cartel's fixed price of 49 cents per pound. Things were okay for a while, until a German visitor came to Michigan and threatened Dow that he had to cease and desist. Dow didn't like being told what to do, so he told the cartel to get lost.

Shortly thereafter, German bromine started appearing for sale in the US for 15 cents per pound, well below Dow's price. The cartel flooded the US market, offering the chemical far below their own costs, intending to drive Dow out of business. But Dow outsmarted them. He stopped selling in the US entirely and instead arranged for someone to secretly start buying up all the German bromine he could get his hands on. Dow repackaged it as his own product, shipped it to Europe, and made it widely available (even in Germany) at 27 cents per pound. The Germans were left wondering why Dow hadn't gone out of business and why there suddenly seemed to be such a high demand for bromine in the US.

The cartel lowered its price to 12 cents and then 10 cents. Dow just kept buying more and more, gaining huge market share in Europe. Finally, the Germans caught on and had to lower their prices at home. Dow had broken the German chemical monopoly and expanded his business greatly. And customers got a wider range of options for buying bromine at lower prices.

Dow went on to use the same trick against the German dye and magnesium monopolies. This is now the textbook way to deal with predatory price cutting.

The way Dow went about dealing with a low-ball competitor may not be the solution for you in dealing with your own competition. But his method does show that you can win by thinking creatively and putting some thought into outfoxing an opponent in other ways than just matching their low prices.
Posted by Mike at 6:06 AM