How to Be the Master in Your Field 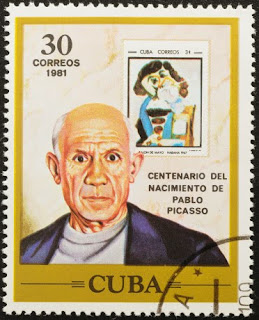 Pablo Picasso created paintings the world has marveled at for decades. Looking with awe at these masterpiece creations, it would be perfectly logical to imagine that the distinctive brush strokes were made by someone with a natural gift -- a gift not achievable by most.

Although Picasso's talent is undeniable and his style unmistakable, that genius was actually developed in a surprising way that many don't realize.

From the time Picasso was a young boy, he was formally trained by his father in oil paintings and figure drawings. And what method did his father use to train young Pablo? Jose Picasso was an artist who believed the best training for his son required formal and disciplined copying of the masters' work. For many years, young Pablo Picasso fervently reproduced paintings, drawings, and plaster casts of the masters. He not only copied religiously but also experimented with a variety of styles, theories, and ideas, until he developed his own voice and distinctive style.

So what does this have to do with business?

The ideas of meticulous practice and of learning a skill by emulating the leaders in a field are not as common today as they were in the days when apprenticeships were more common. In a world that craves instant gratification, people often overlook the hard work required to develop any talent and simply assume it just comes naturally to those who are gifted.

Not everyone can become a Pablo Picasso. Not entirely because of the natural talent gap (though that's part of it), but also because of the not-wanting-to-put-in-the-hard-work-required gap.

There's incredible power available to you in muscle memory. Muscle memory is "consolidating a specific motor task into memory through repetition." When any task is repeated over and over, a muscle memory is created which allows one to perform the task almost effortlessly.

Olympic and professional athletes, concert pianists, and all other performers in the top of their field are perfect examples of muscle memory in action. They have practiced and performed so often that their performances seem to be effortless. That is the power of muscle memory.

Muscle memory can also apply to business mastery. It requires finding the leader in the field, analyzing and dissecting what they have done, and then recreating and reproducing those skills, often while adding your own unique style and flair. Practice often until muscle memory takes over. If it worked for Pablo Picasso, it can work for you.
Posted by Mike at 9:14 AM