Selling the Vision: The Passion Behind the Product 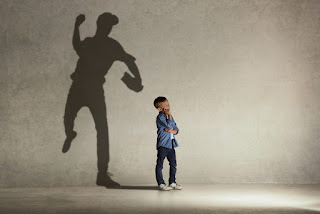 In 1948, Richard Stack started Dick’s Bait and Tackle with three hundred dollars borrowed from his grandmother.

As the store expanded into sports and retail, Richard and his son Ed learned many lessons. Ed says one impactful memory came during a moment that tested his father.

One day a little kid walked in the store and wandered over to the baseball section, then grabbed a glove and bolted toward the door. An employee nabbed him as he reached the parking lot and dragged him back inside. The employee was yelling at the child when Richard Stack intervened. He looked the little boy up and down and laid a hand lightly on his shoulder. From his ragged clothing, it was clear that this child came from a family with limited resources.

Tears streamed down the child’s face as he squeaked, “I just want to play baseball.”

Stack nodded. “You can’t steal,” he said. “No matter how bad you want something, you cannot steal it. I want you to promise me you’re not going to do this again.”

Then he walked over to the baseball section of the store and had the boy pick out a ball and a bat to go with the glove.

“You go play baseball,” Stack said, “and stay out of trouble.”

Because Richard recognized the value of his own youth sports experiences, his business was always a major proponent of individual kids and youth sports initiatives. In the early 1960s, Richard went on to expand the Binghamton, NY Little League program from 60 kids to 240. And eventually, Dick’s Sporting Goods began donating over $20 million a year to school sports programs nationwide.

Casting Customers in the Starring Role

Ed Stack says this is something Dick’s keeps in mind through all their business decisions today. When a parent comes in to buy his or her kid a baseball glove or soccer cleats, they are buying more than equipment; they’re buying a dream of joy or greatness for their child. And Dick’s expands that vision to entire communities, leading a “Sports Matters” giving campaign with this storyline: “Every Kid Deserves a Chance to Play.”

Selling a vision is very different than selling a product, and it’s much easier. A vision is about a customer who sees themselves as the main character of your narrative. Here customers see what they could achieve through the vision you create. This starts by highlighting the challenges or problems of their current situation: potential they could tap into, dreams they want to achieve, or opportunities they may be missing.

Inspiring brands always lead their messages with an idea. For Dick’s, a core idea is that sports make a huge difference in the life of a child. Whether your idea is a belief to change the world or to encourage social responsibilities, your core belief will draw like-minded people to your brand. And when this vision engages the customer, they begin to own it for themselves.

Paint a picture of the desired reality and offer a road map for achieving it.