How to Use Silence to Strengthen Your Leadership Presence 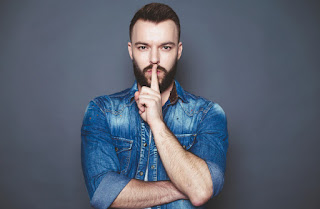 Jack Reacher is a fictional character in a series of crime thriller novels by British author Lee Child.


In the 1997 novel Killing Floor, Reacher randomly exits a Greyhound bus in Georgia and is later arrested in a local diner for a murder he did not commit. While questioned in custody, Reacher wields the power of silence to maintain his personal advantage:


"Long experience had taught me that absolute silence is the best way. Say something, and it can be misheard. Misunderstood. Misinterpreted. It can get you convicted. It can get you killed. Silence upsets the arresting officer. He has to tell you silence is your right but he hates it if you exercise that right. I was being arrested for murder. But I said nothing."


As inventor and artist Leonardo da Vinci said, "Nothing strengthens authority so much as silence." Dynamic leaders often use silence to their benefit. When handled with intention and purpose, silence is what some leaders call "a communication superpower."


Do you tend to interrupt, dominate conversations, or explain your perspective from multiple angles in order to sway opinion? If silence is an overlooked resource in your communication toolkit, you might need to change strategies.


Silence can increase your authority and grow your influence in at least four powerful ways.


According to best-selling author Bryant H. McGill, "one of the most sincere forms of respect is actually listening to what another has to say."


Silence Can Emphasize Your Point


When you have something important to say, state it briefly and allow a long pause for your words to sink in.


Communication is more than the words we speak, it involves the energy we transmit. When you give room for a lengthy pause, you show people you aren't scrambling to convince them. And as your words fully land with others, you don't need to talk as much because silence creates room for people to understand and connect to what you are saying.


Have you ever sat through a meeting where several people squabbled while one person stayed silent?


Eventually, everyone felt tension and curiosity about what the quiet party was thinking. When a silent observer finally interjects an opinion, it speaks louder than the clamor and carries a more memorable quality. "She is so wise," people think, because sometimes there is a credibility that can only be communicated through silence.


Also, it never hurts to take a lengthy period of time to think before commenting. Abraham Lincoln has been credited with this quote: "Better to remain silent and be thought a fool than to open one's mouth and remove all doubt."


A primary negotiation tactic involves asking a question and letting the other person answer first.


Silence when negotiating can give you the advantage because its "deafening" weight can prompt others to speak first. For example, when the other party offers a salary figure or point of compromise, don't answer immediately. Instead, pause and let the discomfort of silence flush out a bit more detail. Maybe they will offer more or show their own hand.


Leaders know how to use silence as a tactic to communicate authority and influence. Experiment with silence during your conversations and observe the impact it can make.