Build Momentum with Contests that Make Your Customers Smile 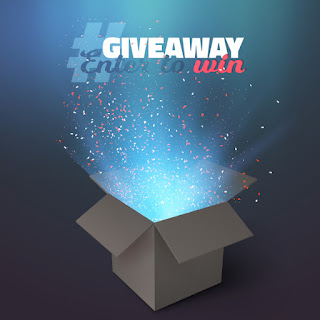 Boston was overjoyed again as their darling RedSox capped off a 5-1 series victory over the Dodgers to take the 2018 World Series title.


The championship was well deserved, as Boston won a record 119 games, more victories than any World Series champion except the 1998 Yankees. "Now we deserve to be known as the greatest Red Sox team of all time," said infielder Brock Holt.


If the RedSox are not the greatest, they are certainly the most loved. According to numbers crunched by Bundle, Boston fans are "America's most obsessed baseball fans." Bundle's stats include money spent on tickets, food, and merchandise, including neighborhood restaurants and bars. From May of 2003 to April 2013, the Red Sox sold out every home-game seat – a total of 820 games for a major professional sports record!


One Boston retailer recognized this passion and tapped into the momentum.


In 2013, Jordan's Furniture held a "Perfect Game" promotion with one simple premise: any fan buying furniture or merchandise before May 5 would receive the furniture for free if a Red Sox pitcher threw a perfect game between July 17 and October 1. While that perfect game never materialized, the contest was certainly a home run. In 2014, Jordan's offered a new promotion: if the Sox could repeat their 2013 World Series victory, everyone who bought furniture between before May 18, 2014, would get a full rebate on their purchase!


Jordan's grabbed local excitement and used it as fuel for sales. And why not? A wonderful way to build brand loyalty is by making your customers smile. Like a "kiss a pig" contest generates giving, you can grow marketing engagement with an entertaining contest of your own. Here are three examples to get your creative juices flowing:


People love to snap and share photos, especially of themselves.


Capitalize on that obsession with personalized photo contests! Any photo contest can begin with these words: "Show us your _____." Contestants then take photos that demonstrate their best, their worst, their ugliest, their cutest, etc.


Perhaps the winner of the ugliest couch gets a free upgrade from your showroom. Maybe the cutest baby picture nets a year of free diapers. The craziest bedhead gets a free cut and style from your salon. Get them sharing and enjoy the results!


In this scenario, customers capture shots of themselves using your product "in the wild."


This contest could include video or traditional photo categories and might also be used as a monthly or bi-annual promotion. Winners receive a prize, a service credit, or a gift card.


When you publicize the contest, include questions that might draw fun testimonials as well. Feature results in your newsletters, social media posts, or in hilarious product reviews!


What food do you adore? Do others love it too?


Seasonal contests allow you to foster anticipation every year, especially during your off seasons. Ask people to vote on their favorite pie flavor then serve samples. Ask contestants to guess the number of Ghiradelli chocolates in your vase on National Chocolate Day. Ask for sweetest first date stories and give away a Valentine's Day package at a local restaurant or hotel.


Make customers smile and keep your name front and center all year!