How to Use Your Competition for Strategic Expansion 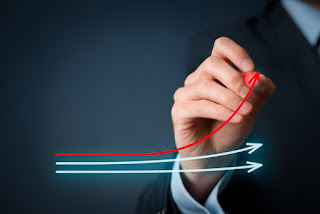 In 2006, Aviva Weiss was struggling to help her daughter cope with a sensory-processing disorder.


As an occupational therapist who worked with children on the autism spectrum, Weiss knew how overwhelming life could be for families like hers. When she ordered her daughter a weighted vest (an item that helps overstimulated children stay focused), she was horrified when it arrived. "It was super ugly," she said. "I thought, 'there's no reason that special-needs products should make kids stand out even more.'"


Weiss sensed a market opportunity and seized it, founding Fun and Function to create more attractive versions of existing products like chewable necklaces, noise-reduction headphones, or clothing that soothes children with sensory issues. Items were showcased in the company's catalog, which was designed to put parents at ease, cutting through technical jargon to connect with families on a more authentic level.


By 2010, the company had grown sevenfold and was considering a major market expansion: targeting institutions like schools and hospitals. While these clients accounted for about 38 percent of existing sales, executive Ilana Danneman believed the number could be much higher, especially as institutional clients place recurring orders in larger quantities. Weiss was uneasy about shifting from a colloquial to a more clinical focus but she trusted Danneman's expertise, especially since Danneman had previously worked for one of the company's chief competitors. "We never saw a need to change anything," Weiss says. "But we could not in good conscience ignore her."


The shift brought incredible expansion ($6.2 million in six years) and a 50 percent growth spurt between 2015 and 2016. Weiss went on to launch the Active Mind School Partnership, a program geared to empower and educate teachers who work with neurologically distressed kids. This partnership brought the largest growth to date, reminding its founders that the company mission was never about building profits but about helping people.


Competition is healthy for businesses – forcing you to innovate and consider opportunities or markets you might otherwise ignore.


Success comes from examining the marketplace, doing something in a unique or superior way, and from crafting a plan to better serve customers.


Whether you've plateaued or continue to expand, it's important to keep an eye on the competition. What are they doing that's different? How could you serve part of their client base in a better way? Does it make sense to expand your target area?


Take a hard look at the market.


Do you have cheaper prices? Customizable service options? A local connection or more ethical sourcing for products?


Find an angle in your company's story and communicate it like crazy.


When you have one market locked down, push to grow your boundaries.


As Fun and Function discovered, new markets lead to faster and better growth. Initially, Weiss thought a market expansion might alienate existing customers but instead she found that equipping teachers and therapists contributed to better quality of life for every sensory-challenged child.


Using Branding to Reinforces the Message


Accurate branding contributes to a clearer message and builds stability with customers.


As you adapt or expand, be sure your motive and message remains distinct. When Fun and Function expanded its market, the ethos of the brand never wavered:


"The message," said Weiss, "is that being different is normal."