How to Mobilize People Through Powerful Writing 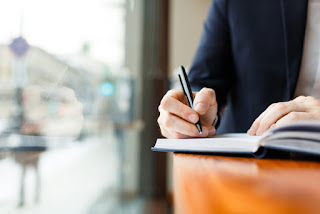 “Darkest Hour,” a 2017 war drama film, devotes its narrative to the early days of British prime minister Winston Churchill, who rallied a nation against the merciless Nazi onslaught of World War II.

The film chronicles Churchill’s authentic, soul-stirring speeches and the Shakespearean gusto with which he delivered words like these: "Let us, therefore, brace ourselves to our duty, and so bear ourselves, that if the British Empire and its Commonwealth last for a thousand years, men will still say, 'This was their finest hour.'"

Though the world still heralds Churchill’s heroic statements, few people knew that Churchill overcame a lisp in his childhood by practicing his enunciation. Churchill understood the power of words early in life, and historians estimated that he spent one hour working on each individual minute of a speech he gave! Churchill sought to portray England’s struggle in a larger historical context: good outlasting evil, hope to overshadow the impossible, and perseverance overcoming persecution.

The entire fate of world history shifted through the hearts and hands of the people he inspired. President John F. Kennedy summed up Churchill’s influence like this: "In the dark days and darker nights when England stood alone — and most men... despaired of England's life — he mobilized the English language and sent it into battle.”

Writing: The Building Block of Success

What can we learn from Winston Churchill?

While not all of us have oratory giftings, be encouraged that Churchill was also a student of language, and he overcame his limitations with study, practice, and passion!

Would you like to be more successful in your personal and professional impact?

Writing is the foundation of modern education and fundamental to all business success. Whether you’re penning a quarterly report, crafting an in-house memo, giving a congratulatory speech, or even dashing a quick e-mail, here are some tips for writing in a professional, persuasive manner:

1. Grab them early.
Great writing doesn’t allow readers to look away! Use punchy headlines, riveting stories, or gripping questions to draw them in immediately.

2. Get to the point.
After you use that “luring” intro, don’t let them linger! Get to the point quickly and efficiently, without “burying the lead” too deep in the text. Eliminate unnecessary words and use language that is clear and efficient. An energetic, fast-paced tone will assure them that reading to the end is worth their time.

3. Be convincing but not too clever. Persuade your readers with clarity but also with logic and facts. Providing evidence (or examples) for your premise will build momentum and increase authority. As you write, keep a personal tone that is warm but convincing. Ask yourself, “would this make sense if I was sharing it with a friend over coffee?” Phrases with an awkward, artificial ring should probably get the ax!

4. Keep it moving. As you lead readers toward a closing statement or action step, take a broad glance at the entire piece. Does it flow smoothly with a directional movement that builds toward a thoughtful climax? Does it read well on the page with adequate breaks and subheadings? Consider adding skim layers or reducing the size of a document if you sense people will be bogged down in your thoughts.

5. Add depth and dimension. As you seek to add that extravagant bow to your smartly wrapped package, review your piece and look for ways you can really make it “sing.” Consider colorful vocabulary, punchy alliteration, or rich rhythms as you vary the length of your paragraphs. As French writer Charles Baudelaire once said, “always be a poet, even in prose.”