These Two Things are the Keys to a Successful Business 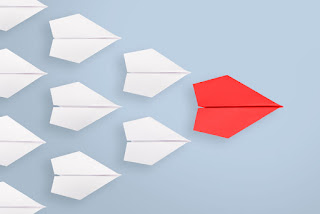 The physical and emotional abuse began when she was five years old.

By the time she was 13, she was homeless and relying on the kindness of strangers to feed and house her. At 14, she gave birth to a son who died in infancy. Shortly afterward, she was sent to live with an uncle in whom she later referred to as her "father." Even though this teenager had suffered years of poverty and abuse, something fierce and fiery within her would not give up. She attended a Milwaukee high school and earned grades good enough to get her into the Upward Bound program, a federally funded program to help gifted students achieve academic success.

This determined, courageous young woman was later transferred to a suburban high school where she was picked on by her more affluent peers. After being caught stealing money to keep up with the lifestyle of her peers, she was once again sent to live with another relative in Nashville, TN. Here, she became an honors student and joined a speech/debate team that eventually took second place in a nation-wide dramatic interpretation contest.

After winning a college scholarship, working as a news reporter, and ultimately, landing her own TV show, Oprah Winfrey is now one of the world's most famous, most beloved, and most successful women in history.

Imagine you are the owner of a bakery that was handed down to you by your parents and grandparents.

One of the traditions you continue to keep as the owner is wearing a large pin on your uniform that says "Business is Awesome!" While all business have down times, the idea behind the pin is that, no matter how the business is doing, your attitude remains the same.

What do you tell customers who ask you what's so great about business? In most cases, people asking you this question are going through a rough time in their lives or may be coping with business problems themselves. You might tell them business is awesome because you love meeting new people every day or that business is great because you can work in an environment where everybody gets along and enjoys each other's company.

At the heart of this story lies the power of embracing a positive attitude. When you anticipate the good things and refuse to become a victim of negative thinking, the motivation to continue naturally emerges, sustained by your sense of renewal, hope and expectations.

"I have missed more than 9000 shots in my career. I have lost almost 300 games. Many times I have been trusted to take the game winning shot and missed. I am not afraid to say that I have failed over and over and over again in my life. And that is why I succeed." -- Michael Jordan

You have to keep "getting up" (as Oprah Winfrey did) to take those next steps toward meeting or exceeding your goals.

The motivation for getting up and getting back on track is more powerful and rewarding if it is for personal rather than material gain. Keep reminding yourself that the most significant accomplishments in world history all started because someone fell down and got right back up again without even giving it a second thought.