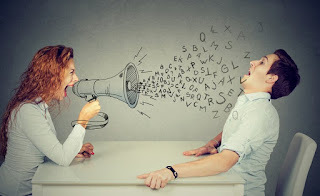 "This work is sloppy and does not meet the needs of the company. You'll have to completely rework it."

"Is this all you've gotten done for today? You're going to have to step up your pace."

"Why didn't you follow the instructions I gave you? This is terrible work."

"I liked your old hairstyle better."

Criticism, no matter how delicately someone gives it to you, hurts.

Being criticized makes us feel worthless, painfully vulnerable to our own negative thoughts and unsure of our abilities. Some inexperienced managers think criticizing their employees will incentivize them to work faster and harder but, of course, we know this tactic is the absolutely wrong way to motivate employees.

Scientists speculate there is something instinctual, or innate, about our adverse reaction to even mild criticism. Just like the human body is hard-wired to instantly move into a "fight or flight" state when confronted by danger, our psychological self (psyche) reacts to criticism defensively. In other words, being physically struck closely parallels being verbally "struck." Our heart and breathing rate increases and we may start perspiring as our internal temperature rises. Depending on the type and level of criticism we hear about ourselves, some people tremble, feel extremely anxious, and may even start crying.

How to Give Criticism Positively

Before you criticize a family member, friend or fellow worker, stop and think about how you could rephrase what you are going to say to sound more like constructive criticism.

Examples of constructive criticism include:

As soon as you realize you are being criticized unconstructively, step away from your emotions by imagining yourself as a life-size cardboard cutout.

Wait until the person criticizing you leaves before allowing yourself to think about what they said. Consider who criticized, what they criticized you about, and whether it was actually warranted. Remember that people who are criticized are usually doing something new, different, and possibly daring.

Adopting a defensive posture may provoke the criticizer into extending their critique of you.

Simply stand with your arms at your sides, nod, and show that you are listening.

Is there a grain of truth in the criticism you received?

Don't let strong emotions cloud your ability to judge truths about yourself. Many of us say or do things that are not in our best interest but fail to realize our error.

4. Get Feedback from a Friend

Tell a trusted friend about the criticism you received.

Getting another opinion can help mitigate the negative feelings you experience from a criticism.

5. You Control Your Emotions and Thoughts

Nobody is in control of what you think or feel.

The way you think and feel about criticism is all up to you, not the person who criticized you.

"Criticism is something you can avoid by saying nothing,
being nothing, and doing nothing."
~Aristotle