Break the Rules; It's Okay as a Market Disruptor 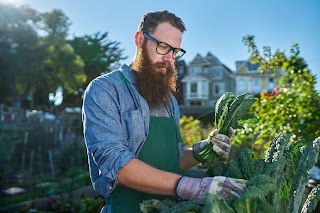 Who are the folks who really define a market these days? It's definitely not those companies who follow the market rules and play nice with everyone. More often than not, the key players and new leaders of the pack are the ones who are writing their own rules on how to operate, sell, and grow - the market disruptors.

Being a disruptor is not to be confused with being an anarchist. Unlike the political zealot, the disruptor is not fixated on tearing things down. Instead, this is a company that wants to redesign the stage to work in its favor, not the existing market.

Take the example of Growup Urban Farms. In the food business, the idea is to produce food or distribute food products from producers. This assumes that one is either a traditional manufacturer as a grower or making a profit on someone else's work either growing plants in soil or raising animals on a farm. But what happens when someone decides to create food in an unorthodox method that doesn't require the traditional resources of soil and land? That's the case with Growup Urban Farms.

The company has found a way to mass market food production of vegetables and fish without the large land outlay or ocean harvesting. While the traditional model requires a rural setting, the disruptive aspect of Growup is that it can literally be operated in the most urban of settings, using physical stacking and space efficiency inside artificial walls and city streets. Their product is natural but created in warehouses. It uses natural methods of growth but there is no soil, ocean or land consumption involved.

The founders of the company, Kate Hudson and Tom Webster, have redefined what it is to be a modern farmer. And that has the potential to redefine how food is produced and where. The old rules don't apply anymore that farms must be rural and need soil, or that fish can only be harvested from ocean stock. Growup disrupts the food market and not just with its cost model. The company also redefines placement of farm fresh food, eliminating the need for long-distance transportation into cities. Instead, the farm is literally in the city just blocks from the businesses it feeds with the product.

Go Where No One Else Does

The idea of being a market disruptor is not some trendy new 21st-century concept; every major market inventor or new breakout leader was essentially following the path of a disruptor by going down a path nobody else was considering at the time. Whether it was Nikola Tesla or Google's founders, every breakout has been driven by a unique prospect that seemed rogue or maverick to the mainstream.

So if you want your company to get beyond just surviving and breaking even, then you have to find that spot that differentiates everything about you. Don't follow existing models, create a new one that has its own rules for success.