7 Reasons Why Data is Important for Your Business 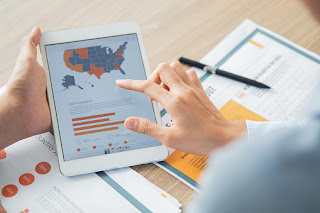 In 1854, the idea of clean sanitation in London was generally non-existent in the urban setting. There was no such thing as running water; average people had to get their water supply daily from a local street hand pump. As a result, pests and disease spread quickly, which was the case with a cholera outbreak in London's Soho district at the time.

Focus In on the Problem

At first, no one could quite figure how cholera was infecting people, and the common thought blamed vapors or people's breathing. John Snow, a doctor already well established in London circles and practice, focused on a hypothesis that cholera was spread by shared water. However, many of the other doctors and officials thought a water-borne disease idea was a silly concept.

Because the authorities at the time needed convincing with greater evidence and the local cholera epidemic was spreading and killing more and more, Snow devised the idea of taking already known data and combining it with a local map. He already knew from public health records who had become sick with cholera and died as well as their home addresses. Snow mapped their locations in relation to local water supplies.

By creating the spatial relationship, Snow was objectively able to display that the cluster of cholera infections in 1854 was within close proximity to one water source - the Broad Street Water Pump. Using this information, Snow then convinced the local city authorities to remove the pump handle, making it inoperative. With the source gone, the cholera infections soon died down, and Snow's hypothesis was supported.

Business Lessons You Can Glean

So how does John Snow's smart use of existing data teach us valuable lessons about managing a business? There are 7 gems to glean from his example:

Existing business data can be a gold mine for marketing and business strategy if companies are willing to actively take advantage of what they have. That requires an open mind, good skillsets in data interpretation, and a management team that can act quickly on opportunities as they become apparent.