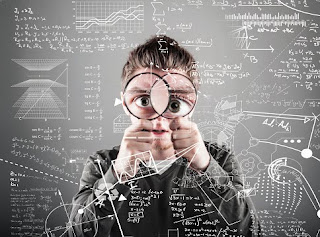 Human beings are visual learners, which is part of why visual communication is so effective (and important). Whether you're talking about a B2C or B2B situation, marketing presentations allow your message to transcend the world of more straightforward marketing tactics and take on a whole new potential audience at the same time.

Case in point: according to one study, people only tend to remember about 10% of what they hear just three days later. If they receive the same message when paired with relevant visuals, that number jumps to an incredible 65%. It makes sense, then, that 37% of marketers said that visual resources like presentations were one of the most important forms of content for their business in general.

However, presentations are NOT necessarily a silver bullet, and you shouldn't treat them as such. Without a strong narrative at the core of your marketing, in general, it's far too easy to get lost in fluff that ultimately doesn't matter - affecting the impact on your audience as a result.

What's in a Narrative? Quite a Bit, It Turns Out

Call it whatever you'd like - a narrative, a central idea, the main thesis, etc. Every campaign needs a straightforward idea (preferably one that can be summed up in a sentence or two) at the start of it all, acting as a solid foundation from which everything else is built.

For the sake of comparison, let's look at the power a simple narrative brings to the table regarding another visual communication medium: filmmaking. The movie "Star Wars" from 1977 is one of the most successful films of all time. It spawned billions in merchandising sales, one of the most successful franchises ever, and even led to the $4 billion acquisition of LucasFilm by Disney a few years ago.

But "Star Wars" isn't really about crazy aliens, amazing spaceships, thrilling outer space battles and all of that other stuff. At heart, "Star Wars" is a simple and relatable narrative: a young boy who grew up on a farm dreams of a better and more exciting life, so he jumps at the chance to join the Rebellion and travel the stars.

It's not any more complicated than that. Every single scene in the movie reinforces that narrative in some way. It all relates back to that simple idea.

Your marketing needs to be the same way. Whatever idea that you're trying to convey or message that you're getting across, it needs to be A) stated up front, B) as short and as simple as possible and C) relatable in some way. As long as you have those three elements, every other decision you make with regards to content needs to refer back to it, and your marketing will soar.

Having a strong, true narrative (and identifying it before you begin work) keeps you focused. Without a true narrative at the heart of it all, you're left with marketing that doesn't really justify its own existence.