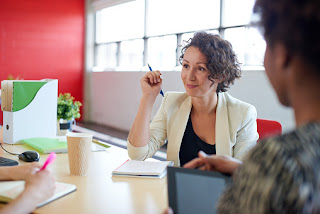 Mary Barra, the CEO of General Motors, has seen her share of tough times. She took on the CEO mantle as one of the first female company leaders in the auto industry, only to get slapped with a faulty auto ignition switch recall.

Barra had already done her time in the trenches while going through the GM bankruptcy in 2009. However, when Barra faced down her first big CEO challenge with an ignition switch that was being attributed with killing consumers, she did something no one expected - she apologized.

The Road That Leads to Trust

Barra's apology rang the auto industry like a deep bell of the apocalypse. Everyone heard it, everyone saw it on TV, and everyone was in shock. Her apology wasn't the end of the matter, of course. She had to go through multiple congressional hearings, fire managers and engineers she had known and trusted for years, and put the reins on employees to turn the company around. But her leadership was and continues to be rooted in a basic, inherent level of decency to do the right thing. To this day, Barra's choice to take the harder road has been remembered as well as solidified her as GM's CEO for a good number of years to come.

Company leaders only get a few opportunities to define themselves and lead the company through a major challenge. After that the die is cast with regards to overall confidence in the leader's capabilities. Those who succeed gain the invaluable loyalty of staff and supporters through far more challenges in the future because trust is solidified. Those who fail usually see their support begin to erode and, after a few years, have to start planning an exit unless they produce some major new revenues or get lucky.

The success of a leader, as Barra's example has shown, is rooted in humanness, the ability to come across as a real person. CEOs and leaders often get a bad rap for being distanced from the working floor and aloof from the problems of the average person. Their higher salaries and compensation don't help matters either. Barra's apology, however, shows how a CEO can cross such perception barriers and be the right person for the job when it counts. When people need to see someone take responsibility to move things in the right direction they look to a known leader commodity. If that person fails at that moment to be decisive, people then begin to fall away and worry about their personal stake. That can drive away extremely important people assets and potentially kill a company.

Granted, the first thing an attorney will advise is to admit nothing, and tow the party line. However, as Barra has shown, society does forgive serious mistakes if they can trust those in charge.